17 December 2020 (Budapest) – The Court of Justice of the European Union (CJEU) today announced its judgment, closing infringement proceedings initiated in December 2015. The European Commission initiated the procedure because of concerns regarding several key elements of the Hungarian asylum regulation: unrestricted mandatory placement in transit zones, mass police push-back of potential asylum seekers at the Serbian-Hungarian border, and the fact that the Hungarian legislation does not allow asylum seekers to legally stay in Hungary during the appeal procedure of their cases.

In May, 2020 the EU Court already issued a decision concerning mandatory placement in the transit zone. In its judgment, the Court ruled that the families that had been placed in the transit zone and represented by the Hungarian Helsinki Committee had been unlawfully detained. In response, the Government closed the transit zones.

In today’s judgment, the Court concluded that the so-called ‘push-back measures’ introduced in July 2016, and extended to the whole country in March 2017, are also in violation of EU law. According to the Hungarian Police, nearly 50,000 push-backs have taken place on the Serbian-Hungarian border since the amendment to the law in July 2016. 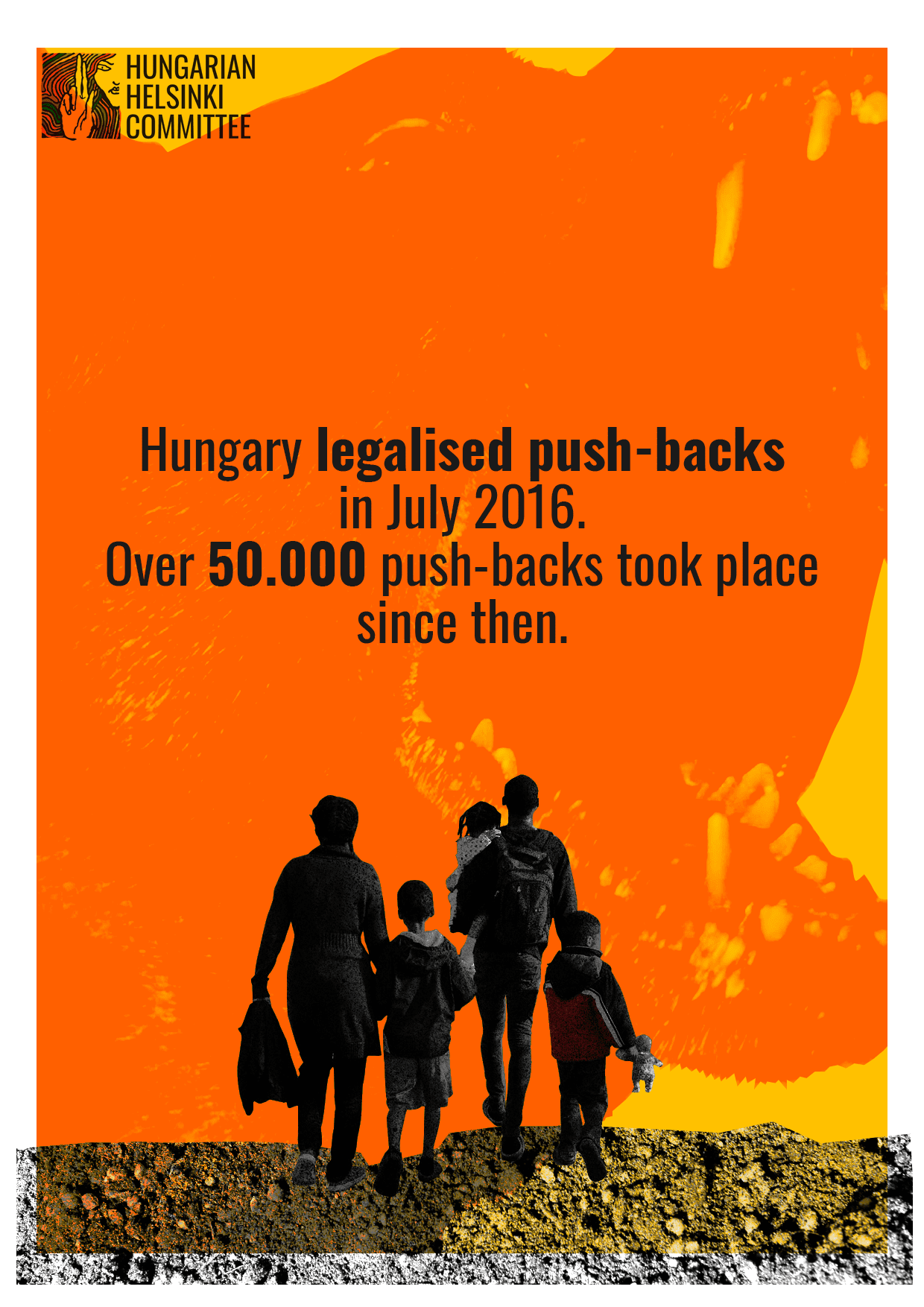 ‘Today’s verdict will hopefully put an end to one of the most shameful practices in Hungarian asylum policy. Since the summer of 2016, the Hungarian Helsinki Committee has been documenting violations caused by push-back. Since the beginning, we have drawn the attention of the Government, the police and the Ombudsman on several occasions to the fact that push-backs are in violation to Hungary’s international obligations. In many cases, victims have reported extremely serious ill-treatment in connection with push-backs. The Hungarian Helsinki Committee represents victims in several such cases currently before the European Court of Human Rights in Strasbourg. Following the decision of the Court, the Hungarian Government is obliged to submit proposals for amendments to Parliament in accordance with EU law. In the meantime, the Hungarian authorities must refrain from further push-backs.’ – stated András Kristóf Kádár, Co-chair of the Hungarian Helsinki Committee, welcoming the judgment of the Court.

Hungary, uniquely in Europe, stipulated in law that the Hungarian Police can push foreigners staying in the country without valid papers  to the Serbian side of the border fence without a hearing or allowing them to submit an asylum application, and without issuing an individual decision on their expulsion. These measures not only disrespect even the most basic procedural standards, they also violate the constitutional prohibition of collective expulsions and exclude many people from the asylum system.

The Hungarian regulations and practices are not only extremely harmful from a human rights perspective. These people are being deprived of a fair procedure and the possibility to apply for asylum. The law does not require any individual identification before the persons concerned are pushed-back from Hungary and out of the Schengen Area into Serbia. In practice, this means that the Hungarian authorities do not necessarily know who those pushed back are, or even if the person is being wanted by the Hungarian or EU authorities. Therefore, the Hungarian Government has not only sacrificed human rights on the altar of anti-refugee policy, but also the security of us all.