The Hungarian Helsinki Committee was founded in 1989 and we began providing professional legal assistance in 1994.

WHAT DOES IT MEAN THAT WE ARE A HUMAN RIGHTS ORGANIZATION?

We sometimes feel vulnerable in the face of the giant state. Many individuals are even more vulnerable, like those living with disabilities, Roma people, and foreigners, to name a few. They are usually discriminated against or are simply unable to protect their interests because, for example, they cannot afford attorneys when injustice happens.

The Hungarian Helsinki Committee helps those whose human rights the state violated. Our clients are refugees, detainees and people who became victims of discrimination.

With only a handful of members at the time of its establishment, the Hungarian Helsinki Committee has grown to an organization of more than 35 professionals by now. In the early years, we only focused on free legal assistance and representation, while today our portfolio also includes research, monitoring, advocacy and capacity building activities spanning a wide range of fields.

In recognition of our commitment and high-quality work, we have been awarded

WHY DO WE HAVE THE CITY OF HELSINKI IN OUR NAME?

The Hungarian Helsinki Committee is a Hungarian organisation. We almost exclusively deal with Hungarian issues, with the human rights violations of Hungarian authorities. So, why ‘Helsinki’? Helsinki is the trademark of human rights and a respected human rights movement. The governments of Europe and North America signed the Helsinki Final Act on 1 August 1975 in which they committed themselves to respect fundamental human rights. 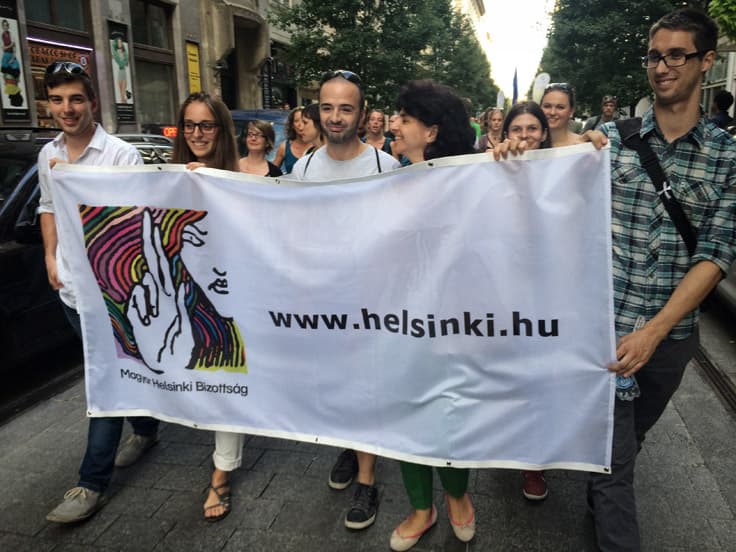 As a result, self-organising groups, referring to the Final Act in their names, began demanding that their states respect the rights laid out in Helsinki. The Hungarian group was founded in 1989 to monitor the fairness of the first free elections, but already designated the issues of refugees and detention as its main areas of focus in its Founding Declaration.