The Hungarian ruling party, Fidesz, introduced an amendment that would severely restrict freedom of speech and children’s rights by banning LGBTQI-themed educational programs and public service advertisements. Out of Hungarian LGBTQI people, 42% have thought about suicide and 30% have attempted it. This new amendment – which eerily mimics the Russian propaganda law – would further poison public opinion. 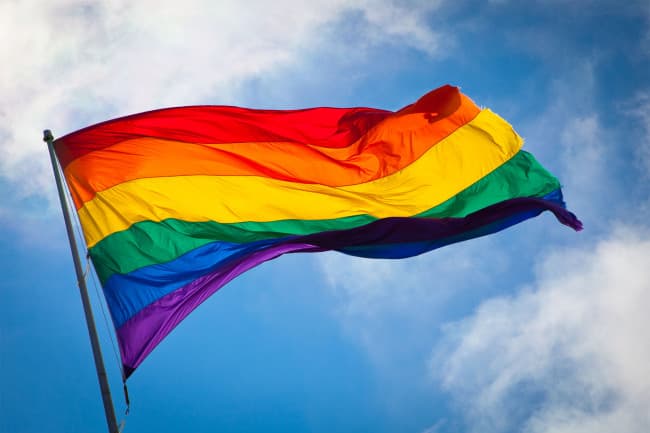 In an attempt to strengthen its Eastern ties and serve foreign economic needs, Fidesz would be willing to sacrifice freedom of speech and the concerns of LGBTQI children. The Hungarian government frequently vetoes the European Union’s declarations against the totalitarian regimes of China and Russia, while copying their antidemocratic ways, which goes against those European values that most Hungarian citizens consider important. Now, further mimicking China and Russia, the government would turn on its own citizens.

Following in Russian footsteps, Fidesz has introduced a propaganda law unheard of in other European countries. They would ban the “portrayal and promotion of gender identity different from sex assigned at birth, the change of sex and homosexuality” in schools and in public service advertisements for persons under 18. As if homosexuality, bisexuality or being transgender was something that you get as a shiny gift on your 18th birthday. However, sexual orientation and gender identity is a natural attribute of us all. This step endangers the mental health of LGBTQI youth by making it harder for them to receive preventive education and affirmative support in due time. They have a right to an education which helps them develop into healthy, fully rounded people, which means they should receive relevant and comprehensive information about sexuality and family life. The European Court of Human Rights has emphasised that legislations like this only strengthen prejudice and homophobia, which is incompatible with democratic values. If the bill passes children will be even more vulnerable to bullying, even though the situation is already grave: according to a survey from 2020, half of the responding teachers experienced prejudice towards LGBTQI people among their students. The government is trying to ban exactly those informative, sensitivity trainings that could help fight these prejudices.

“When I was in fifth grade, my classmates found out I was gay. Unfortunately, my class wasn’t really accepting. I was beaten, a ruler was broken on me, shoes were tossed at me. So I went to another school in sixth grade, where I was beaten up on my way home. It even became a police case. So I went to another school again, but the boy who beat me kept threatening me. I’ve had several suicide attempts” – reported one of the participants in the survey.

And because the school environment is not accepting, early school leaving is disproportionately high among students that belong to social minorities (this is also made possible by Fidesz’s lowering of compulsory schooling from age 18 to age 16). The UN Commission on the Rights of the Child announced in early 2020 that they were expecting steps to end discrimination and harassment in schools; that the Hungarian government should take action to protect LGBTQI children through awareness-raising campaigns and school programs. In contrast, now the government would abandon LGBTQI youth: it would make programs and discussions promoting sensitivity and acceptance impossible. The state must protect children, including, of course, LGBTQI youth.

In 2013, Russia passed the legislation known as the propaganda law, which, in addition to inciting hatred and rage against the LGBTQI community, also makes scientific work on homosexuality and transgender identity impossible. Homo- and transphobia have continued to grow in the country since the law came into force: LGBTQI people cannot even publicly mention their sexual orientation or gender identity. This has increased the stigma, stereotypes and invisibility surrounding sexual and gender minorities, the discrimination they face, and suicide rates among LGBTQI individuals. In Chechnya, which falls under Russian administration, gay people have been persecuted since 2017 on state orders: police and other authorities have systematically searched for LGBTQI people and then abducted and tortured them. The Chechen president denies the existence of any activity focusing on the systemic extermination of LGBTQI people, arguing that there are no LGBTQI people in Chechnya, which means they cannot be persecuted, either. The European Court of Human Rights (ECtHR) in Strasbourg ruled in 2017 that the Russian propaganda law violates European law on several accounts: it violates the articles of the European Convention on Human Rights on freedom of expression and on non-discrimination. In China, members of the LGBTQI community are being sent to forced labor camps, but as a matter of fact, Uyghurs, Christians, and everyone else disliked by the state party is sent there, too.

Out of Hungarian LGBTQI people 42% have thought about suicide, and 30% have attempted it. Research by ILGA-Europe has also shown that LGBTQI youth commit suicide mostly because they find their situation hopeless: the exclusion and harassment they experience within the family, in education, or in their peer or religious community is considered unbearable. The Hungarian state is now planning to intensify the suffering of LGBTQI youth, following in the footsteps of those autocratic states which the government has an increasingly friendly relationship with.

We call on the government to withdraw the amendment, and the opposition not to vote on the bill in this form.