The aim of the conference organised by the HHC and the MDAC was to prepare Hungary for the operation of the body monitoring the treatment of persons deprived of their liberty established in the framework of the OPCAT.

The Hungarian Helsinki Committee and the Mental Disability Advocacy Center organized a joint conference in Budapest with the aim to prepare the establishment of the National Preventive Mechanism in Hungary, which will be set up as part of Hungary’s obligations under international human rights law.

Participants included key international experts, such as Mr Thomas Hammarberg, the former Commissioner for Human Rights of the Council of Europe and Mr Malcolm Evans, Chair of the United Nations subcommittee on prevention of Torture (SPT); the Ombudsman of Hungary, state actors, and NGOs. The aim of monitoring is to prevent torture, cruel, inhuman or degrading treatment or punishment in places of deprivation of liberty. The Helsinki Committee and MDAC emphasized the need for cooperation between the NPM and NGOs, amendments to clarify the legal mandate of the NPM, as well as adequate resources for the NPM to carry out its work.

As a State Party to the Optional Protocol to the Convention against Torture (OPCAT), Hungary is obliged to set up a national monitoring body, a so-called National Preventive Mechanism (NPM). The mechanism regularly visits facilities where persons are deprived of their liberty. Therefore, the monitoring work, which will fall under the mandate of the Ombudsman’s Office focuses on the treatment of persons not only in traditional places of detention, such as prisons and police custody, but also in psychiatric wards of general hospitals, including privately owned facilities; social care institutions; and substance abuse treatment facilities.

András Kádár, Co-chair of the Helsinki Committee highlighted in his presentation that local NGOs welcome Hungary’s January 2012 ratification of the OPCAT and believe that the Ombudsman is a good choice for the NPM. He emphasized – reiterating comments of the Helsinki Committee sent to the draft bill – that the cooperation with NGOs is important not only because of its positive budgetary implications, but also because NGOs have decades of valuable experience in monitoring closed institutions and could therefore greatly contribute to efforts to prevent torture and ill-treatment. The Helsinki Committee has initiated further discussions with the ministry responsible for amending the law and the Ombudsman’s Office.

Oliver Lewis, Executive Director of MDAC, highlighted the need to monitor non-traditional places of detention, including psychiatric and social care institutions. Oliver stressed that when monitoring places where persons with disabilities are deprived of their liberty the NPM has to mainstream the standards of the United Nations Convention on the Rights of Persons with Disabilities (CRPD), which Hungary ratified in 2007. The Convention provides that the mere existence of large residential institutions is a human rights violation and it further states that persons with disabilities have the right to live independently in the community and have full legal capacity on an equal basis with others. Persons with disabilities also need to be involved in all
matters affecting them, including the monitoring work. 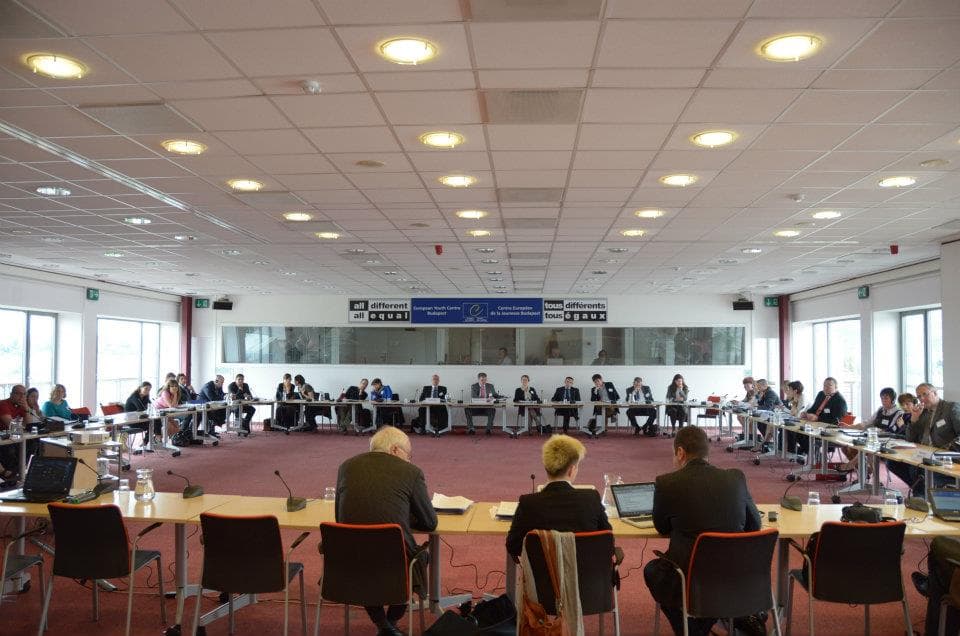 Máté Szabó, the Ombudsman elaborated on the experience of his Office in examining closed institutions, but at the same time stressed that in lack of additional resources their preparation for monitoring visits, which will begin in 2015, can only take place on a theoretical level.  The Office recommended the employment of 25 staff members to fulfill the tasks of the NPM, but will only been granted 11 – practice will tell if this number will be enough to carry out the work. The Ombudsman agreed that the role of NGOs is not clear in the law and it would be useful to clarify it in the future. He cited the Slovene and Polish examples as good practice, where NGOs are part of the NPM.

Krisztián Gáva, Deputy State Secretary of the Ministry of Public Administration and Justice stated there is a chance that the law will be amended and the role of NGOs in monitoring will be strengthened, as the government is committed to ensure the monitoring mechanism works effectively. He also spoke about the importance of training staff of institutions to be visited in order to prepare them for the NPM visits.

“It is hugely pleasing to know that Hungary has not only ratified the OPCAT but that it is focussing so closely on establishing the National Preventive Mechanism, which is vital to the OPCAT system. I am looking forward to learning more about this process and to support and encourage dialogue between the authorities and civil society, which is a key element for its successful establishment” – said Mr Malcolm Evans, Chair of the SPT.

The event was supported by Open Society Foundations and Zennström Philanthropies.

The program, presentations and background materials of the conference are available here.