The Hungarian Helsinki Committee and Amnesty International Hungary organised an international conference titled “The rule of law and the independence of the judiciary in Hungary and in Europe – trends, concerns, ways ahead” on 25 January 2019. The conference was organised to discuss fundamental changes in the Hungarian judiciary regarding the setting up of new administrative courts. The video recording of the conference is to be found below divided into five thematic areas.​ 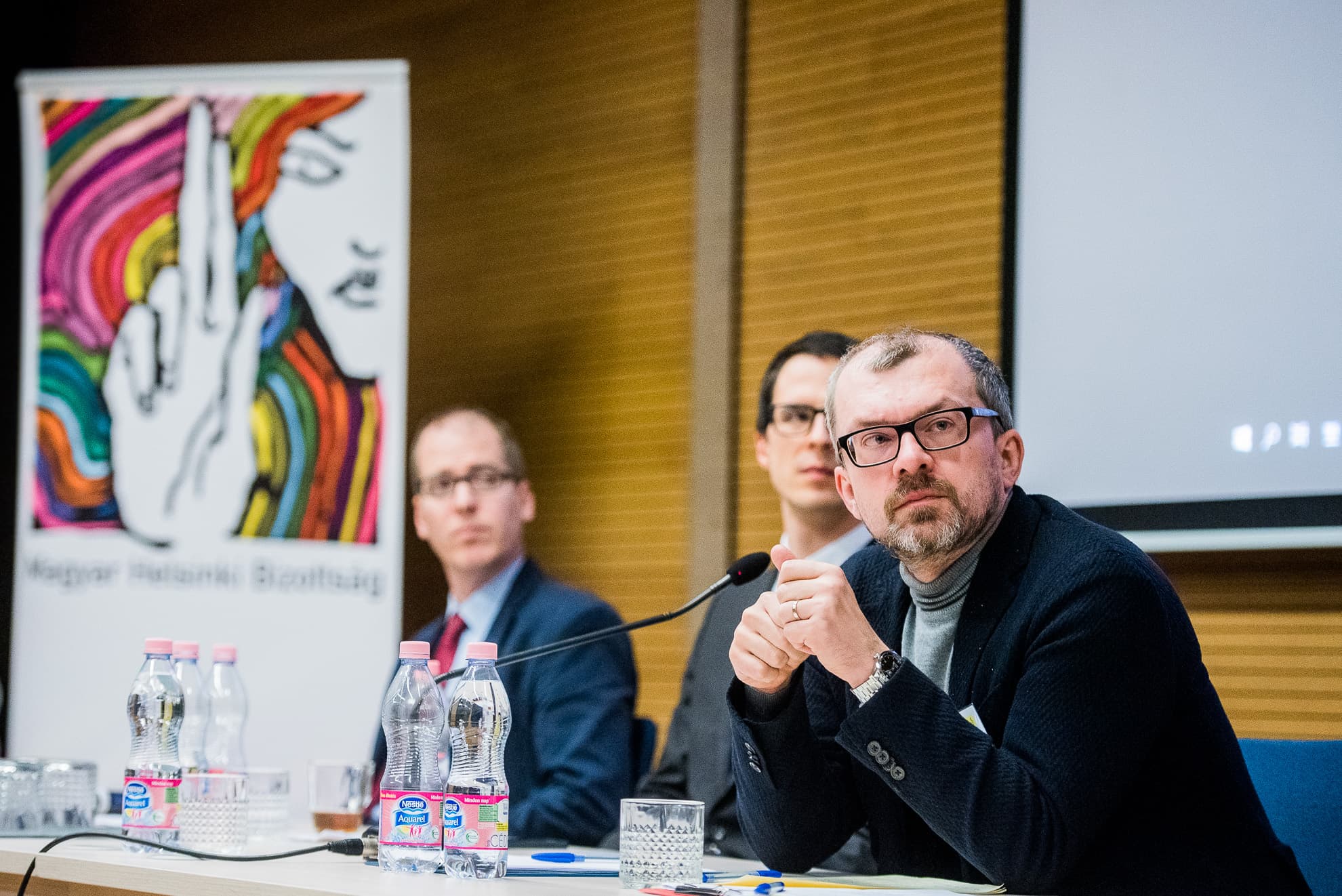 The independence of the judiciary and the individual judges has been increasingly contested in
Europe amidst calls for more accountability, efficiency as well as to legitimize the powers of the
executive branch over the judiciary. In Hungary, there is an ongoing debate between the court
leadership and the judicial self-governing body that has jeopardized effective supervision of court
administration in 2018. The Parliament of Hungary adopted a Law on Administrative Court
System that introduces the ministerial model in court administration and provides the Minister of
Justice with significant powers. In 2018 we researched appointments and promotions in Hungary
to analyze risks of political interference in the independence of the judiciary. At the international
conference we will present the outcomes of the research and put it into international context. We
will discuss the present and future risks and patterns of interference in the judiciary using examples
of Hungary and other countries in the EU.

International Standards and Current Challenges to the Rule of Law

History shows the strengths and weaknesses of the legal institutions of our western tradition. It’s
main strength is that it is difficult for authoritarian rulers to do away with independent courts and
thus to do away with law all together. Its mains weaknesses are that it is relatively easy for
authoritarian rulers to work their way around the law by limiting the jurisdiction of the courts (the
dual state) and by the fact that too often, judges apply the law in a positivist vain, even when it is
oppressive. In this panel we will look into several examples (from Western Europe, Central and
Eastern Europe and Italy) of populist and authoritarian challenges to judicial system and will
analyze how proposed institutional reforms, emerging narratives have impacted justice systems and
what can we learn from this?

Over the course of 2018 different events and trends impacted the independence of the judiciary
and the administration of the courts. Throughout the year different reform proposals emerged in
Hungary that may affect the independence of the judiciary. The expert speakers of this panel will
present new data from empirical research that was undertaken recently on the situation in the
current judicial system. The to-be-presented research papers provide an in-depth snapshot of the
current problem areas and the eventual risks for political interference.

Ongoing recent reforms have significantly impacted judicial autonomy both in Poland and in
Hungary: the autonomy of individual judges as well as the role and the powers of self-governing
bodies have been under attack and partially have decreased over the last years. In this roundtable
discussion we will look into these trends, including the changing laws, the narratives around the
judges, the effective ways of protecting autonomy and the prospects ahead.

Citizens vs the state – prospects of the new administrative court system

The Hungarian Parliament adopted a new law on Administrative Courts on December 12th
which will significantly change the administration of courts dealing with matters of public
administration. Our experts in this panel will focus on the international standards on
independence of administrative justice and will give analytical country examples from Czech
Republic, Austria and Hungary both on law in books and law in action in their respective systems.

The conference is made possible with the generous support of the Embassy of the Kingdom of the
Netherlands, the Embassy of Switzerland in Hungary and the OSCE Office for Democratic
Institutions and Human Rights.