The Hungarian state failed to remedy the legislative deficiencies that have led to the breach of the right to peaceful assembly on several occasions in the past. Although a new assembly law was passed, sufficient guarantees that could prevent the recurrence of the violations are still missing – points out the joint communication of the Hungarian Helsinki Committee and the Hungarian Civil Liberties Union submitted to the Committee of Ministers monitoring the execution of the judgments of the European Court of Human Rights (ECtHR). 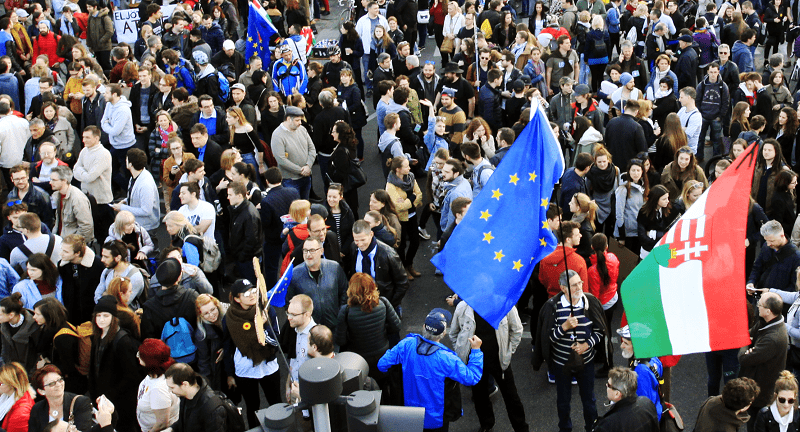 In 2004, Mr. Patyi intended to organise a series of assemblies in front of the Prime Minister’s private residence to call attention to the situation of those who have suffered damage as a consequence of a major bankruptcy case. The police consistently banned the demonstrations claiming that the demonstration would cause disproportionate hindrance to the traffic. Nevertheless, in its leading judgment in 2008, the ECtHR found that the restriction of the right to peaceful assembly was unjustified and established the breach of the Convention.

In 2007, Mr. Patyi announced further demonstrations to be held in front of the Parliament, but the police closed down the area of the planned demonstration, declared it a “security operational zone” and claimed it unavailable for holding assemblies for an indefinite period of time. After four and a half years, the police revoked the qualification of “security operational zone” admitting that the proportionality of the prolongation of the measure was not substantiated. However, by that time, the measure has prevented several demonstrations planned to be held in front of the Parliament. In its judgment delivered in 2012, the ECtHR found that the ban has retroactively lost its legal basis and therefore was not prescribed by law.

The ECtHR considered several similar cases where the Hungarian police unlawfully prevented the holding of demonstrations applying unjustified traffic bans or introducing security measures. As a consequence of the repetitive nature of the breach, the Committee of Ministers monitoring the execution of the judgments of the ECtHR created the Patyi and others case group, and examines jointly whether Hungary has remedied the deficiencies leading to the violations and has properly executed the judgments in the cases of the group.

In April 2020, the Hungarian government submitted an Action Report to the Committee of Ministers. The government claimed to have adopted measures that fully remedied the consequences of the violations found and to have complied with its obligations, mainly by the adoption of the new assembly law in 2018.

Before the Committee of Ministers takes the Patyi and others v. Hungary case group on its agenda to decide on further monitoring the execution of the case group, the Hungarian Civil Liberties Union and the Hungarian Helsinki Committee submitted a joint communication showing that the government of Hungary has failed to fully comply with its obligations and failed to resolve the structural deficiencies that have led to the violations.

The communication is available here: Communication by Hungarian Civil Liberties Union and the Hungarian Helsinki Committee in the case group of Patyi and others v. Hungary