The UN Special Rapporteur on the independence of judges and lawyers considered the election of Justice András Zs. Varga as President of the Kúria as a measure hampering judicial independence. 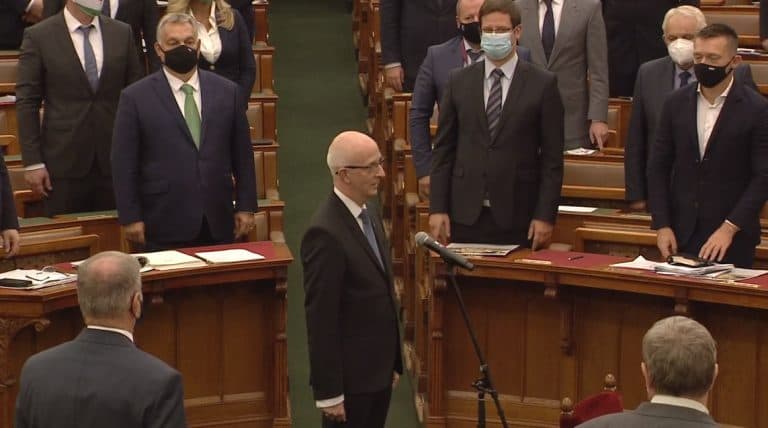 Mr. Diego García-Sayán, the UN Special Rapporteur on the independence of judges and lawyers posed questions to the Hungarian government regarding the election of Justice András Zs. Varga as President of the Kúria in a public communication. The communication released on the basis of a submission from the Hungarian Helsinki Committee and Amnesty International Hungary expressed concerns “at the election of Justice Varga as President of the Kúria, which has been made possible by the legislative amendments introduced by the governing majority in April and December 2019. His appointment may be regarded as an attack to the independence of the judiciary and as an attempt to submit the judiciary to the will of the legislative branch, in violation of the principle of separation of powers.”

Mr. García-Sayán – who himself also served as a judge –  cited the concerns raised by the National Judicial Council (NJC) pointing out the limited experience Justice Varga had as an ordinary judge. In his view, the fact that Justice Varga was elected in spite of the clear objection of the NJC, the judicial self-governing body, is of particular concern. “The decision to ignore the negative opinion expressed by the NJC may be interpreted as a political statement by the ruling majority that does not consider itself bound to respect judicial independence abiding to, oor at least taking into account, the views expressed by the body constitutionally assigned to safeguard the independence of courts and judges.”

The Special Rapporteur also pointed out that the powers of András Varga Zs. were remarkably amplified. “Considered in their entirety, it appears that the main effect — if not the main goal — of these measures has been to hamper the constitutionally protected principle of judicial independence and to enable the legislative and executive branches to interfere with the administration of justice. As a result, the independence of justice and institutional checks and balances are now under threat in Hungary, as noted by several international and regional bodies, such as the Human Rights Committee, the Venice Commission, the CoE Commissioner for Human Rights and the European Commission.”

Mr. García-Sayán was provided with a short and quite rude reply in a letter from the foreign minister of Hungary, Péter Szijjártó. None of the questions posed by the UN Special Rapporteur were answered in the letter. The minister neither provided an explanation to the necessity of legal amendments introduced prior to the appointment of the new President of the Kúria, nor answered the question why the negative opinion of the National Judicial Council was ignored.

Mr. Szijjártó claimed the allegations of the Special Rapporteur to be false (including those concerning the modified and currently effective legislation) and went on to argue: “The Hungarian government does not have any information on the political preference of any judge. How can you have such information and what is the source of it? This is astonishing and raises serious concerns about your highly important role and capacity as Special Rapporteur.” In a rather self-incriminating manner, Péter Szijjártó rejected something the UN Special Rapporteur never said. Although the communication does not mention the political preferences of András Zs. Varga, the Hungarian foreign minister arrogantly took offense in the presumption that the appointment was effected by political considerations. The question is whether the foreign minister would feel obliged to deny accusations that were not formulated, if in fact, political considerations were not involved? Finally, to provide guidance, he added: “I encourage you not to become a tool of the Hungarian opposition.”

The letter of the government proves yet again that the Hungarian government disregards its international obligations and leaves criticism formulated by international bodies without a meaningful answer.

The communication of the OHCHR Special Rapporteur on the independence of judges and lawyer is available in English>>.