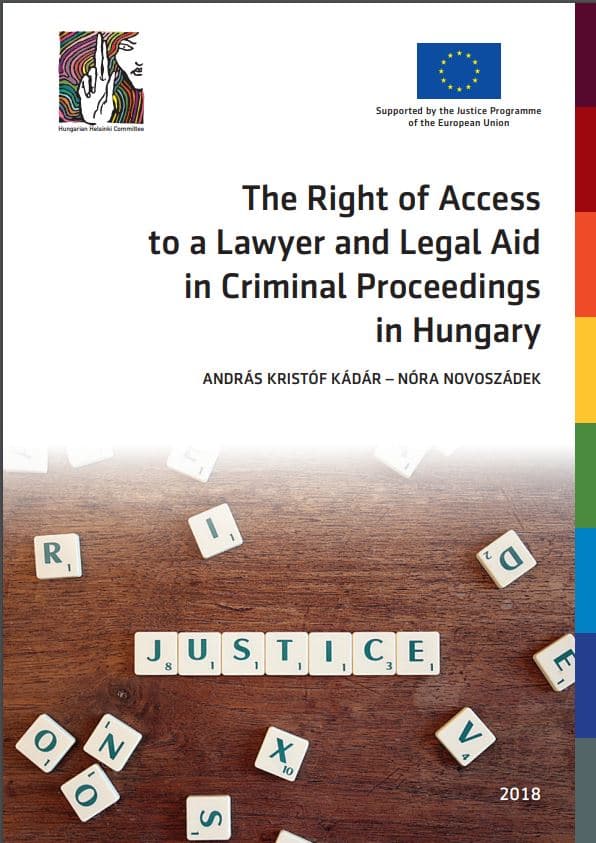 The project, launched in June 2016 and funded by the European Union, aimed to increase understanding of the shortcomings and dysfunctions in each national criminal law framework on the issues addressed by Directive 2013/48/EU on the right of access to a lawyer and Recommendation 2013/C 378/03 on the right to legal aid among key stakeholders in five EU jurisdictions, and to identify and promote examples of transferable good practice. The project also aimed to facilitate communication and coordination between legal practitioners and to build and strengthen the capacity of stakeholders on the international and EU standards on the rights to access to a lawyer and legal aid of suspects and accused in criminal proceedings.

Activities in Hungary included the reviewing of 150 criminal case files, conducting interviews with stakeholders, and holding capacity-building workshops for attorneys.

The country report on Hungary, prepared by the HHC in the framework of the project, is available here in English and in Hungarian:

The comparative report presenting the rules and the practice of access to a lawyer and legal aid in the five countries covered by the project was prepared by the Bulgarian Helsinki Committee, and is available here in English:

In addition, a capacity-building handbook was prepared for attorneys, summarising the international standards on access to a lawyer and legal aid. The Hungarian version of the handbook is available here:

Supported by the Justice Programme of the European Union