See our posts on upcoming elections!

In December 2020, the Court of Justice of the European Union (CJEU) ruled that the domestic legalisation of push-backs violates EU law. In the seven months since the ruling, the Orbán Government has not changed anything in practice; as a consequence Frontex, the EU’s Border and Coast Guard Agency, for the first time in the Agency’s history, has suspended its activities in Hungary. On Thursday, the European Court of Human Rights will announce a ruling on the compatibility of the Hungarian push-back practice with the European Convention on Human Rights. So far, more than 72,000 push-backs have been registered by the police, among 22 000 since the December 2020 CJEU judgment.

In 2016, Parliament passed an amendment, which requires the police to immediately “escort” foreigners staying in Hungary without valid documents to the Serbian side of the border fence. Police officers carry out these measures without a hearing, without allowing people to apply for asylum, and without making expulsion decisions based on individual circumstances. The regulation does not allow for discretion. Everyone seeking asylum, be it a child, someone that is ill, an injured elderly person or even a pregnant woman must be indiscriminately pushed back to Serbia. Not even any personal data of the foreigner is recorded before their expulsion.

No remedy is available against these measures which do not respect even the most basic procedural standards. These measures also violate the Hungarian Fundamental Law’s prohibition of collective expulsions, and excludes many from the asylum system. Furthermore, the fact that the police do not record personal data and do not identify foreigners individually also poses a national security risk.

Are only foreigners arriving without valid papers at the Serbian-Hungarian border pushed back?

Not at all. Apprehended foreigners without valid documents, regardless of where they entered Hungary from, are being pushed “back” to Serbia. We regularly receive news of those who tried to enter from Romania, and when they were caught, were pushed “back” into Serbia. But the Hungarian Helsinki Committee also has clients who applied for asylum at the Budapest Airport, only to discover the next day that they and their small children had to find accommodation somewhere in the unknown Serbian night.

Are all those forced and pushed back to Serbia considered persecuted and entitled to asylum?

We do not know exactly, because we cannot know. One of the most outrageous aspects of the procedure is that everything is impersonal, but the ‘result’ of the expulsion  is absolute: those pushed back  do not have the right to object either during or after the procedure, they cannot ask for help, there is no possibility to take their personal circumstances into consideration. In our experience, there may have been thousands of those pushed back who were in need of protection. Push-backs were invented precisely for this reason: so that the authority does not have to deal with asylum applications in any way.

It would not make sense to confront police officers equipped with dogs, guns and other coercive devices. There is not much chance to run and hide. Despite all this, police officers, who already enjoy a significantly dominant position, are still regularly reported using unnecessary physical coercion or violence and humiliating tactics against foreigners. Moreover, not a single case of violence against police officers have been reported in the government media which otherwise jumps on every possibility to depict people on the move in a threatening manner.

How do you know about the violence?

Mainly from the victims who are now in Serbia. Also, a lot of organisations operate there; their staff help the abused people and try to document the acts of violence perpetrated against them by the Hungarian police. Our Pakistani client, in whose case the decision will be announced by the European Court of Human Rights on Thursday, suffered two head injuries as a result of the violence; one 10 centimeters in length and the other 4 centimeters. Both required stitches. As we also document such cases, we have seen injuries and wounds caused by dog bites, kicks, punches and police batons. Children do not escape the abuse, either.

If this has been the case for five years, why have no criminal convictions been handed down in domestic courts before?

These are very difficult crimes to prove, and the perpetrators are not easy to identify. It has been a systemic problem for many decades that victims do not have much of a chance against police violence in front of the Hungarian authorities, as only 1-4% of such reports reach the courts. The situation is even worse in the case of push-backs because it is almost impossible for a foreigner who has been forced into Serbia to file a complaint in Hungary, or even with the help of a Hungarian lawyer to compel the case to stay alive. Despite the difficulties, the Hungarian Helsinki Committee represent victims of ill-treatment during the investigations, all of which thus far were closed without pressing charges. As these investigations were not carried out in an adequate manner, these cases are now pending at the European Court of Human Rights. 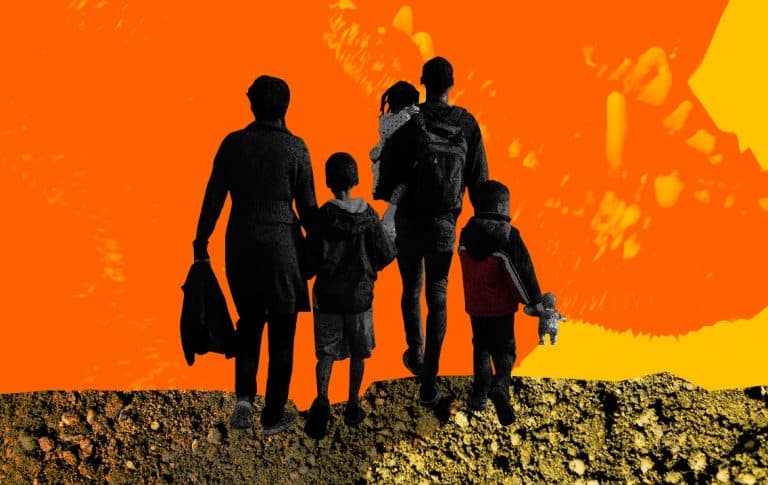 It’s not nice to beat them up, but at least they realise they are not welcome here and they won’t try a second time. Right?

First of all, the police must not use arbitrary force. It is not their job to enforce the Government’s migration policy with slaps. The unpunished, state-instigated police arbitrariness is a peculiarity of police states and extraneous to the rule of law. Unjustified violence and concealment of violence are toxic to the functioning of the police. Let us not forget that the police, who are left without control at the border, also take action against us, against Hungarian citizens. By what right does the State expect cooperation with an authority that encourages, or at least does not prevent, police violence?

Secondly, in our personal experience, these often very brutal beatings do not prevent foreigners from trying to cross the border again and again. Therefore, from a cynical expediency point of view, police violence has no deterrent effect either: it is unbridled sadism, nothing else.

What will the Strasbourg Court decide on Thursday?

Our Pakistani client, along with eleven of his companions, was apprehended by the police in August 2016 and then pushed back to Serbia. Although there was ample evidence that they had been abused by Hungarian police officers, the investigation was terminated. After exhausting domestic remedies, our client also filed two complaints at the European Court of Human Rights in Strasbourg. The first  addressed his expulsion, which, as in all other cases, lacked all the guarantees of the rule of law, did not take into account his personal circumstances, and made him a victim of collective expulsion which is also prohibited by the European Convention on Human Rights. In the other case, he complained to the  about the inadequacy of the investigation into his ill-treatment. Now, the European Court of Human Rights is ruling on the first case.

Beyond the personal grievance of our client, this judgment might have a significant impact for others as well. In December 2020, the CJEU already ruled that the domestic legalisation of push-backs is contrary to EU law. Following this, Minister of Justice Judit Varga turned to the Constitutional Court to contest the judgment. Meanwhile, the Hungarian State and its police forces, ignoring the final verdict of the CJEU, continue to carry out push-backs en masse. There have been another 22,000 since December 2020. The judgment in Strasbourg on Thursday may be of particular significance in this situation.