In June 2008 the HHC sent a public interest information request to all Budapest-based police stations to find out in how many cases the police had appointed ex officio defense counsels in mandatory defense cases in 2007, who were the individual appointed attorneys and how many cases were given to each attorney. Although only 6 police stations complied with the HHC’s request (7 stations refused and 12 failed to answer) the responses corroborated the HHC’s experience: police stations assign the vast majority of cases to only a small handful of attorneys. In order to obtain more accurate data regarding the practice of Budapest police stations, the HHC brought legal action under the Freedom of Information Act against all non-responding police stations in the framework of a public interest information lawsuit. The first instance court judgment was delivered in early January 2009, and obliged the police to provide the requested public interest data to the HHC. However, the police – arguing that the compilation of the request data requires excessively resources – appealed the judgment. Due to procedural mistakes, the court of second instance quashed the first instance decision and ordered a new first instance proceeding on 23 June 2009. In the new first instance decision brought on 19 January 2010, the Pest Central District Court ruled that the Budapest Police Headquarters and the 16 district police headquarters in Budapest shall provide the requested data. Since the Police originally claimed that it is the National Police Headquarters which is processing the data requested, the HHC has launched a lawsuit against the National Police Headquarters as well. The Metropolitan Court reached a decision in the latter case on 11 January 2010, obliging the National Police Headquarters to provide the data requested by the HHC. Later on, this decision was overturned by the Supreme Court.

In the meantime, the HHC has started a new project – “Steps Towards a Transparent Appointment System in Criminal Legal Aid”– aimed at acquiring further statistical data about the practice of appointment and promoting reform of the system with the aim of reducing the possibility of corruption. As part of the project, the HHC will conduct a desk review based on available statistics, and has requested further statistics from 28 police headquarters in 7 regions to demonstrate that the practice of having “in-house” lawyers at police stations is widespread. Strategic litigation against police headquarters refusing to provide statistics is also a core part of the project. Most police headquarters have provided the requested data (most of them upon the first request, some only after the lawsuit has been launched). The majority of lawsuits against the headquarters denying access to the data were closed by court decisions favorable for the HHC, with the exception of two cases ending up before the Supreme Court.

The HHC submitted applications to the European Court of Human Rights concerning the Supreme Court decisions denying access to data, and in its decision delivered on 8 November 2016, the Strasbourg court ruled that the HHC’s freedom of expression was vioalated. (See in detail: Magyar Helsinki Bizottság v. Hungary.)

In the framework of the project, the following activities were carried out:

In the first half of 2012, the HHC concluded the project by compiling a research report which included (i) a summary of earlier researches concerning the efficiency of the ex officio appointment system, (ii) an analysis of the possible causes of deficiencies within the system and the legal background, (iii) analysis of the data on the practice of appointments, requested from police units in the course of the project, (iv) possible ways of solving problems emerging in relation to the appointment of defense counsels, (v) presentation of the pilot software tested in the course of the project, analysis of the data generated during the use of the software and the evaluation of the ex officio defense counsel’s performance at the pilot sites, (vi) a detailed proposal on introducing the model tested in the course of the project, including the identification of the core issues to be addressed by stakeholders when introducing the software. 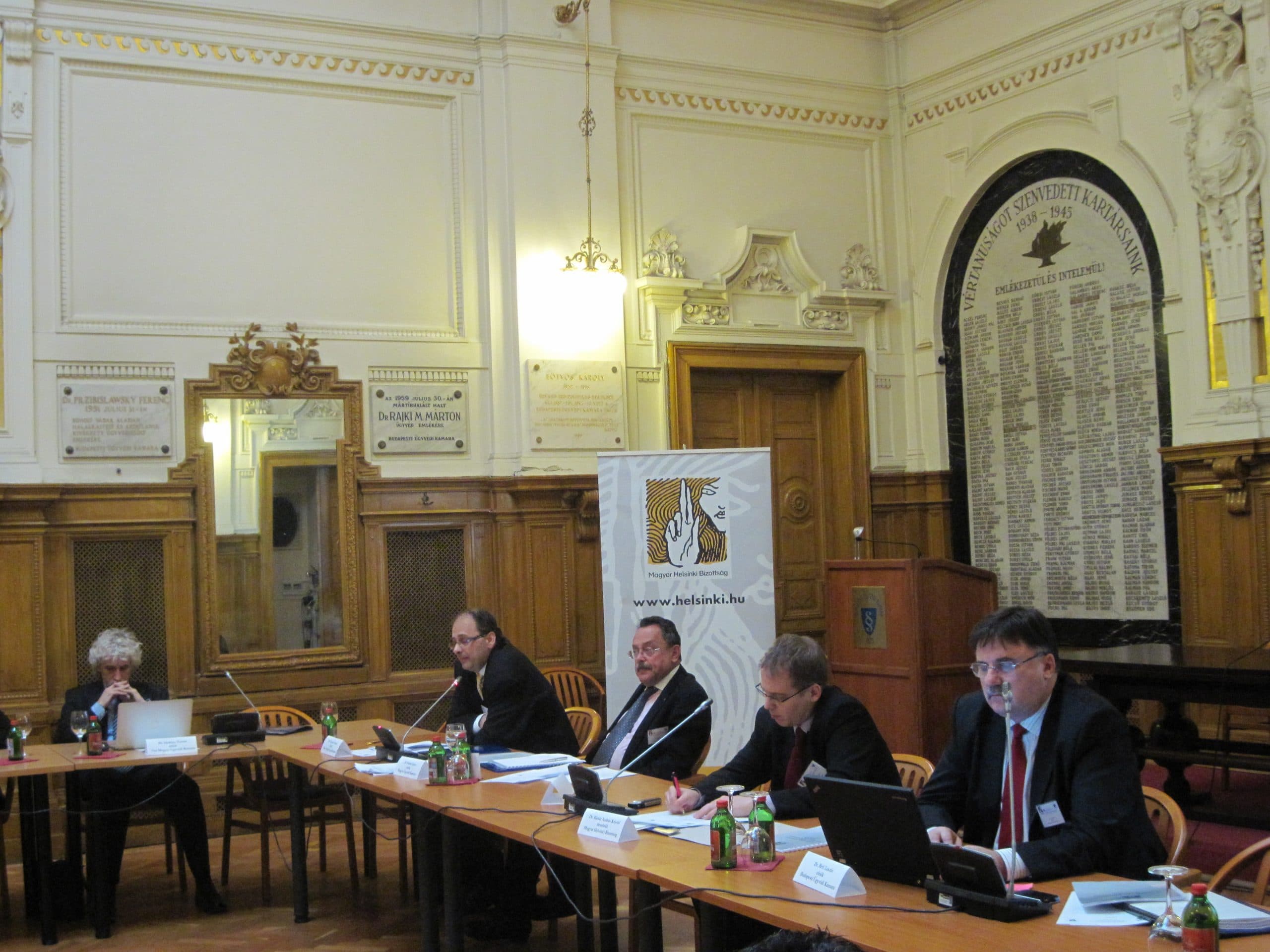 The research report was finalized on the basis of the workshop; contributions of the participants and a legislative proposal were included in the text. The final research report was made available on-line and was disseminated to various stakeholders in a printed format as well.

The project was supported by a grant from the Trust for Civil Society in Central and Eastern Europe.