The Hungarian Helsinki Committee – together with 10 other NGOs – sent an open letter to the Minister of Justice requiring him to withdraw the list of candidates to the post of judge at the European Court of Human Rights and select candidates in a procedure that meet the requirements of Council of Europe norms. The NGOs main concern is the failure to carry out a transparent and fair selection procedure.

In February 2016 the HHC contacted the Ministry of Justice asking about how they wish to meet the requirements of Resolution 1646 (2009) on the Nomination of candidates and election of judges to the European Court of Human Rights, since in Hungary there is no established, codified procedure for eliciting applications (nor is there settled administrative practice) and the deadline for submission is 26 August 2016. The HHC asked – among others – the following: 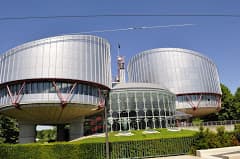 In its reply, the Ministry of Justice stated that “The Hungarian Government regards the fulfillment of  its international obligations important, and attributes special significance to the operation of the European Court of Human Rights. With a view to the documents of recommendatory nature mentioned in your letter, [the Government] will within the deadline and with the necessary prudence see to it that suitable candidates would be nominated.”

In June, the HHC contacted again the Ministry asking whether a list has been submitted to the Advisory Panel of Experts on Candidates for Election as Judge to the European Court of Human Rights, and if yes, in what procedure the candidates had been selected. On 22 June the Ministry answered, stating that “In accordance with the traditions of Hungarian public law – after consultation with [unidentified] experts –, the list of candidates for the position of Hungarian judge has been submitted within the prescribed deadline on the basis of the Government’s decision made in relation to the names presented by the Minister of Justice”.

The HHC has submitted an FOI request to find out who the consulted experts were, and on 24 June – together with 10 other NGOs – it sent an open letter to the Minister of Justice requiring him to withdraw the list and select – within the remaining two-month deadline until 26 August – candidates in a procedure that meets the requirements of Resolution 1646 (2009) and the Guidelines of the Committee of Ministers on the selection of candidates for the post of judge at the European Court of Human Rights.