The HHC, the HCLU and the Eötvös Károly Institute met the delegation of the Venice Commission in Budapest last week, and informed them about the severe problems arising in connection with the Fourth Amendment to the Fundamental Law of Hungary. 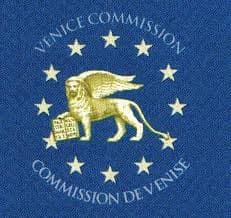 In their letter sent to the Secretary General of the Council of Europe in February 2013, the Eötvös Károly Institute, the Hungarian Helsinki Committee and the Hungarian Civil Liberties Union argued that the Fourth Amendment seriously undermines the rule of law and threatens the protections of fundamental rights, and requested that the amendment is analyzed by the European Commission for Democracy trough Law (Venice Commission).

The Venice Commission was finally requested by the Secretary General to examine and evaluate the Fourth Amendment to the Fundamental Law and its consequences after the adoption of the Fourth Amendment on 11 March 2013. In the framework of the preparation of their opinion a delegation of the Venice Commission visited Budapest on 11-12 April. Members of the delegation met with representatives of the Hungarian government and that of political parties and with the representatives of the HHC, the HCLU and the EKINT.

At the meeting, the three NGOs presented their main concerns regarding the Fourth Amendment, as elaborated on in details in their respective analysis. The delegation was particularly interested in the changing powers of the Constitutional Court, in the reinstated power of the President of the National Judicial Office to transfer cases, in the current legal position of the churches and in the new constitutional framework of political campaigns. The NGOs has also provided the Venice Commission with an analysis on how the Fourth Amendment limits the freedom of expression.