On 12 September 2018, the European Parliament voted to trigger proceedings against Hungary under Article 7 of the Treaty on European Union on account of the systemic threat to the core values of the EU. Five months later, the risk of a serious breach of core European values has increased as the Hungarian government and the ruling party further reduced the space for dissent and holding government accountable. This was achieved through enacting or enforcing laws that curb fundamental freedoms and further increase the government’s control over the media and the judiciary.

The Hungarian government is moving fast to breach the red lines drawn by the European Parliament to complete its illiberal state. The joint paper of the Hungarian Helsinki Committee, Amnesty International Hungary, and the Hungarian Civil Liberties Union summarizes the developments related to the rule of law in Hungary between September 2018 and January 2019.

Our previous joint paper on the developments between April and September 2018 is here. 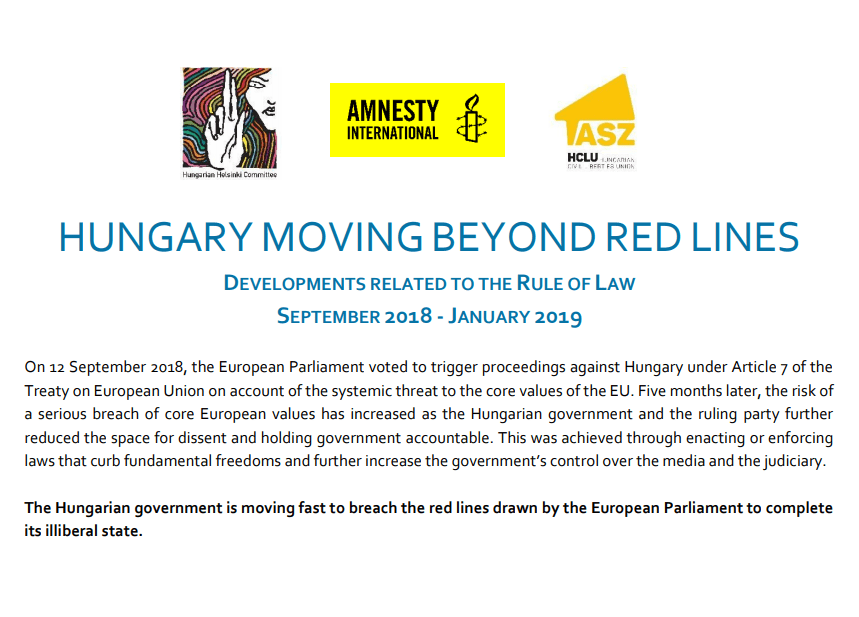