The Hungarian government has for many years been reluctant to take any meaningful action to safeguard the freedom of expression and independence of Hungarian judges. The execution of the Baka v. Hungary judgment is going on since 2016, but the Hungarian state has not lifted a hand yet. 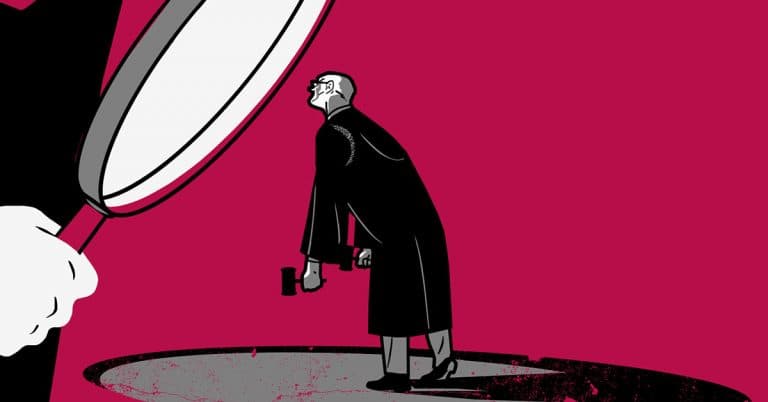 The Committee of Ministers of the Council of Europe supervising the implementation of the judgments of the European Court of Human Rights will once again review the execution of the Baka v. Hungary case in September 2021. Although the latest decision of the Committee of Ministers recommended a series of actions to take, none of them have been implemented by the Hungarian authorities. Nevertheless, the Hungarian state only remained inactive in establishing the requested guarantees, while attacks against the independence of the judiciary continued. In their joint communication, Amnesty International Hungary and the Hungarian Helsinki Committee warn that the situation deteriorated following the last supervision.

In 2011, when the Fidesz-KDNP government initiated a judicial reform possessing a supermajority in the Hungarian Parliament, the President of the Supreme Court of Hungary, András Baka publicly expressed criticism on several occasions against bills affecting the judiciary. At last, on 3 November, 2011 he spoke up in the Parliament against the new legislation on the administration of courts. A couple of weeks later the Parliament adopted an act that terminated the mandate of András Baka prematurely and without the possibility of judicial control.

András Baka turned to the Strasbourg Court for legal remedy. The European Court of Human Rights established that Hungary violated the freedom of expression and the right to a court of the former chief justice. The judgment also warned of the chilling effect of the Baka-case, causing fear of sanction in other judges and discouraging them from making critical remarks about legislation affecting the judiciary.

Ten years have passed since the removal of András Baka, including the five years lapsed since the judgment, but the Baka case is still open. The Hungarian state passively waits – and awaits – the closure of the case, demonstrating its unwillingness to provide guarantees safeguarding the freedom of expression and independence of Hungarian judges.

The Committee of Ministers will resume consideration of the case in September 2021. In their joint communication, Amnesty International Hungary and the Hungarian Helsinki Committee warn that Hungarian judges have a well-founded fear of retorsions, mostly on the basis of the same legislation against which András Baka raised concerns in 2011. The possibility of exerting pressure on judges is encoded in the current judicial system and the removal of Tünde Handó, the former President of the National Office for the Judiciary (NOJ) has not changed the systemic problems. Although the tensions have somewhat eased, the new NOJ President György Barna Senyei carries on with the controversial practice of invalidating calls for applications for judicial leadership positions, continues to have full discretion in the distribution of bonuses, and keeps in force the integrity policy used as a tool to silence judges.

Besides the above, attacks against the independence of the Hungarian judiciary went on since the last revision of the case by the Committee of Ministers. While András Baka was removed from the position of chief justice by ad hominem legislation, in 2020 a new chief justice was elected based on recently introduced ad hominem modifications of the law. The new President of the Kúria, András Zs. Varga was elected without having served as a judge before and in complete disregard for the manifest objection of the judicial self-governing body.

The human rights NGOs also called attention to the case of the justice who claimed to be removed from the judiciary for political reasons, warning that evaluation proceedings may also serve as a tool for exerting pressure on judges and even sitting justices may be forced to leave the bench before their case is closed before domestic courts.

The decision of the Committee of Ministers is expected in September 2021.