Eight Hungarian NGOs submitted a joint contribution in the stakeholder consultation launched by the European Commission for its second annual Rule of Law Report. The Commission’s Rule of Law Report pertaining to 2019 identified substantial problems severely threatening the rule of law in Hungary in all four areas examined. According to the NGOs, the situation has deteriorated further in 2020. They trust that in this year’s report, the Commission will make concrete, enforceable recommendations to EU Member States, hence also for Hungary on how to advance rule of law in the EU. 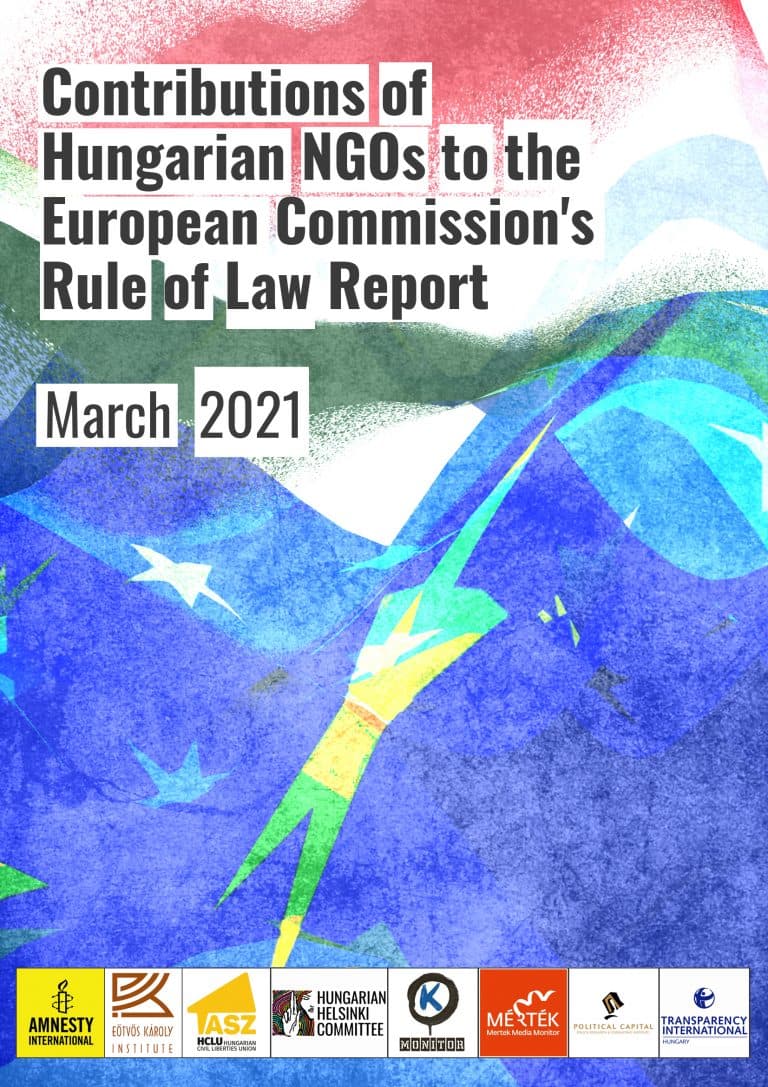 The European Commission’s Rule of Law Report covers all EU Member States, and examines the following four areas: the justice system, the anti-corruption framework, media pluralism, and other institutional issues related to the system of checks and balances. The Commission prepared its Rule of Law Report for the first time in 2020. That report, covering 2019, identified substantial problems severely threatening the rule of law in Hungary in all four areas examined.

In the preparation of the report, the Commission relies on various sources, not just on the input received from Member States: it also launched a stakeholder consultation, so that civil society organisations, academics, or journalists’ federations and judges’ associations can share their views on the state of the rule of law with the EU.

Our submission shows that in 2020, the rule of law has further deteriorated in Hungary in all the four areas examined, for example due the following:

The contributions of the eight Hungarian NGOs are available here in English: