In its March 2015 pilot judgment issued in the Varga and Others v. Hungary case (in which three of the applicants were represented by the HHC), the European Court of Human Rights concluded that the overcrowding of penitentiaries in Hungary constitutes a structural problem, and Hungary should produce a plan to reduce overcrowding.

Accordingly, the Hungarian government submitted a related action plan to the Committee of Ministers of the Council of Europe. However, the HHC was of the view that the general measures outlined in the action plan were in themselves insufficient to comply with the requirements included in the pilot judgment and failed to address systemic deficiencies. Therefore, in February 2016, the HHC circulated a background material among the permanent representations of the Council of Europe and the department responsible for the execution of ECtHR judgments, outlining the problems related to the execution of the pilot judgment and formulating recommendations. 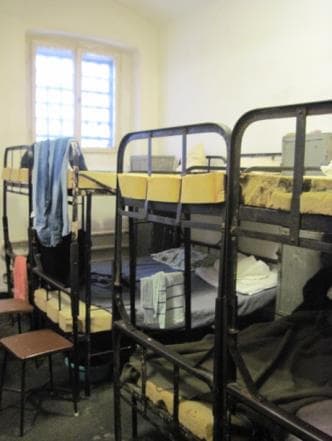 In May 2016, the HHC also submitted a set of recommendations to the Ministry of Justice, proposing mid-term and long-term solutions to reduce the prison population which can be easily introduced into the Hungarian legal system without imposing a significant burden on the state budget.

The pilot judgment finally prompted the Hungarian Parliament to introduce a domestic complaint and compensation procedure for persons detained in overcrowded cells into the Hungarian law in October 2016. However, the solution chosen by the Government remains far from ideal, which the HHC signaled in its opinions submitted to the Ministry of Justice in the course of the legislative process, regarding both the draft law and the submitted Bill. The European Court of Human Rights suspended the examination of the 6,800 applications pending before it concerning conditions of detention in Hungary in light of the new law adopted until 31 August 2017.

In June 2017, the HHC compiled a detailed assessment of how the new remedy and compensation system works in practice, arguing that while significant progress has been made in relation to the problems raised by the pilot judgment, there are still outstanding issues of concern. The assessment prepared by the HHC is available here.

Finally, in August 2017, the HHC submitted a formal communication to the Council of Europe in relation to the execution of the European Court of Human Rights judgments on prison overcrowding in Hungary along the same lines. The communication is available here in English.