According to civil society organisations, the bill submitted by the Government which would amend the rules of public consultation “in the interest of reaching an agreement with the European Commission” offers only pretend solutions. Strengthening public participation in lawmaking is an important goal, but it would require, first and foremost, real governmental will, meaningful implementation of existing laws, and much more effective guarantees than those included in the draft law. 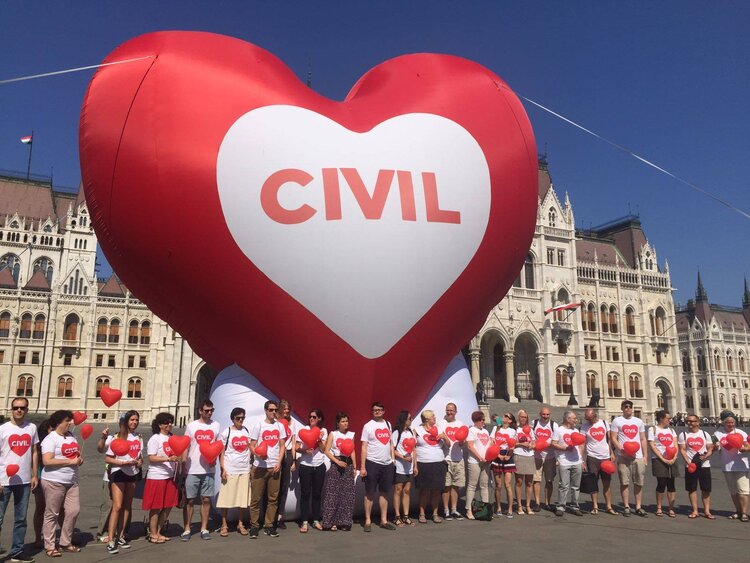 Public consultation on draft laws prepared by ministries has virtually ceased in Hungary in recent years. Important bills affecting masses of citizens (e.g. the recent abolition of a special tax scheme called kata) were submitted to the Parliament without any prior consultation with those affected, with professional or civil society organisations, or with the general public.

Therefore, in principle, it should be welcomed that the Government intends to strengthen public participation in the legislative process in order to reach an agreement with the European Commission and to access EU funds (the so-called Recovery Fund). However, Bill T/705, which was tabled last week, does not offer any real guarantees in this regard. The fact that the very bill on strengthening public consultation was tabled without any public or professional consultation, even though this would have been mandatory under the current rules as well, shows how serious the Government’s commitment towards strengthening public participation actually is.

The largest problems have not been caused so far either by the text of the law on public consultation, i.e. the law on “public participation in preparing of laws”, which has been in force since 2011, but by the complete lack of political will and governmental commitment to meaningful, genuine public consultation. Even though the law currently requires as a main rule that all draft legislation prepared by ministers must be made public, allowing anyone to comment on them, this obligation is consistently ignored by the ministries. The requirement that the responsible ministry shall provide a public summary of the comments received and, in the case of rejected opinions, about the reasons for their rejection, was not respected even when public consultation took place regarding some draft laws. In addition, it has been a recurring practice mostly in previous parliamentary terms, especially between 2010 and 2014, that governmental ideas were submitted to the Parliament in the form of motions by individual Members of Parliament or parliamentary committees, thus bypassing the obligation of public consultation. This has also happened recently, for example in the case of the law abolishing the Equal Treatment Authority.

The bill recently submitted by the Government does not address the problems above in substance; it only provides for pretend solutions instead.

Instead of providing for the possibility of the GCO imposing sanctions, rules should be introduced to ensure that legislation enacted in breach of public consultation obligations cannot become or remain part of the legal system. One way of doing this in the case of Acts of Parliament could be to amend the provisions of the Parliament’s Rules of Procedure Instruments so that if the mandatory public consultation or the public assessment of the opinions received does not take place, the bill cannot be put on the agenda and so cannot be discussed by the Parliament. Likewise, it could be prescribed as a condition for putting a bill on the Parliament’s agenda that if no public consultation has taken place, the responsible Minister has to attach to the bill at the time of submission a detailed justification of why the bill falls under the exceptions in the case of which public consultation is not mandatory or is not allowed. The exceptions should be reviewed as well, also because some of the issues covered by them can only be decided on by the Parliament and cannot, for example, be subject to a referendum, so a meaningful public consultation prior to adopting them would be particularly justified in these instances. In addition, it would be important to include in the law that in the event of a failure to hold a mandatory public consultation or a breach of the obligation to evaluate opinions received, the Constitutional Court may annul the Acts of Parliament, government decrees and ministerial decrees adopted in this way.

However, this would require a real commitment from the Government to strengthen meaningful public participation in the adoption of the rules that affect us all – both towards the EU and Hungarian citizens. There are a variety of tools and methods for stimulating civic and community participation and involvement that are also known in Hungary – we should just use them instead of making mere cosmetic changes to the law.