The aim of the report was to map conditions and services available for girls/women and LGBTI (lesbian, gay, bisexual, trans and intersex) asylum-seekers and beneficiaries of international protection. We devoted special attention to the situation of this vulnerable group during the asylum procedure and their integration process.

The findings show that systematic and tailor-made assistance to vulnerable asylum-seekers, in particular to women and LGBTI people is missing and there is no standardized protocol for the identification and effective tackling of vulnerability-based special needs neither during the asylum procedure nor the integration process.

This mapping exercise made it obvious that the deliberate destruction of the once functioning Hungarian asylum system has impacted members of vulnerable groups, such as women and LGBTI people even more harshly, as there is hardly any special attention available to them during the asylum procedure and what is there during the integration process is provided by non-state actors. After the Hungarian government has decided to discontinue making EU-funding available for NGO services for asylum-seekers and refugees as of July 2018, all beneficiaries of international protection, including women and LGBTI refugees, will fall through the non-existent safety net of support.

The study can be downloaded here: 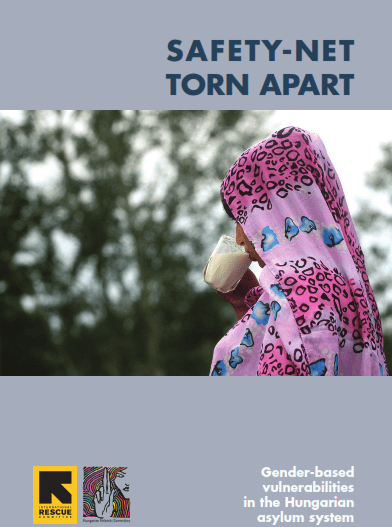