See our posts on creating a parallel state structure!
police ill-treatment Mass Police Violence was not Confined to 2006, it is Still with us Today 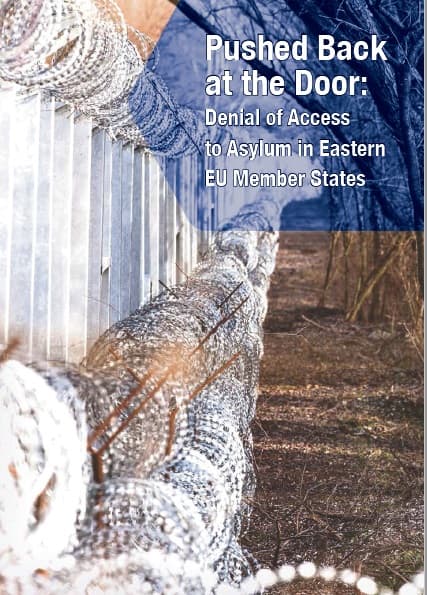 The report ‘Pushed Back at the Door’ presents the situation asylum-seekers often face at the eastern borders of the EU. The picture shown of Europe’s response to the biggest humanitarian crisis since the Second World War is rather grim as presented by the Bulgarian Helsinki Committee (Bulgaria), Organization for Aid to Refugees (Czech Republic), Hungarian Helsinki Committee (Hungary), Helsinki Foundation for Human Rights (Poland) and the Legal-informational centre for NGOs (Slovenia). Increased border control and the construction of physical and legal barriers restricting access to protection for people fleeing war and terror characterize this ‘scary new’ reality.  Country responses cited in the report range from violent push-backs, through the denial of entry to proposed legislative changes restricting access to protection.

Forced migrants falling victims of violent push-backs many times have trouble understanding their fate in Europe as it does not correspond to their expectation. As an unaccompanied minor from Afghanistan put it: ‘this is not Europe’ after having been violently pushed back from Hungary to Serbia. Or a torture-survivor from Sri Lanka said to his visitors in a Prague prison: ‘I have never committed any crime’ – after being denied the possibility to ask for asylum.

The report that is launched in Prague at 1 pm on the 25th of January (at the European House, Jungmannova 24) provides short country overviews with case studies and recommendations.

The report can be downloaded here.