A bill targeting nongovernmental organizations would force some groups that receive funding from outside Hungary to register as “foreign funded” and subject them to excessive sanctions and obligations, Human Rights Watch and the Hungarian Helsinki Committee said today. Parliament is set to vote on the draft law on June 13, 2017. 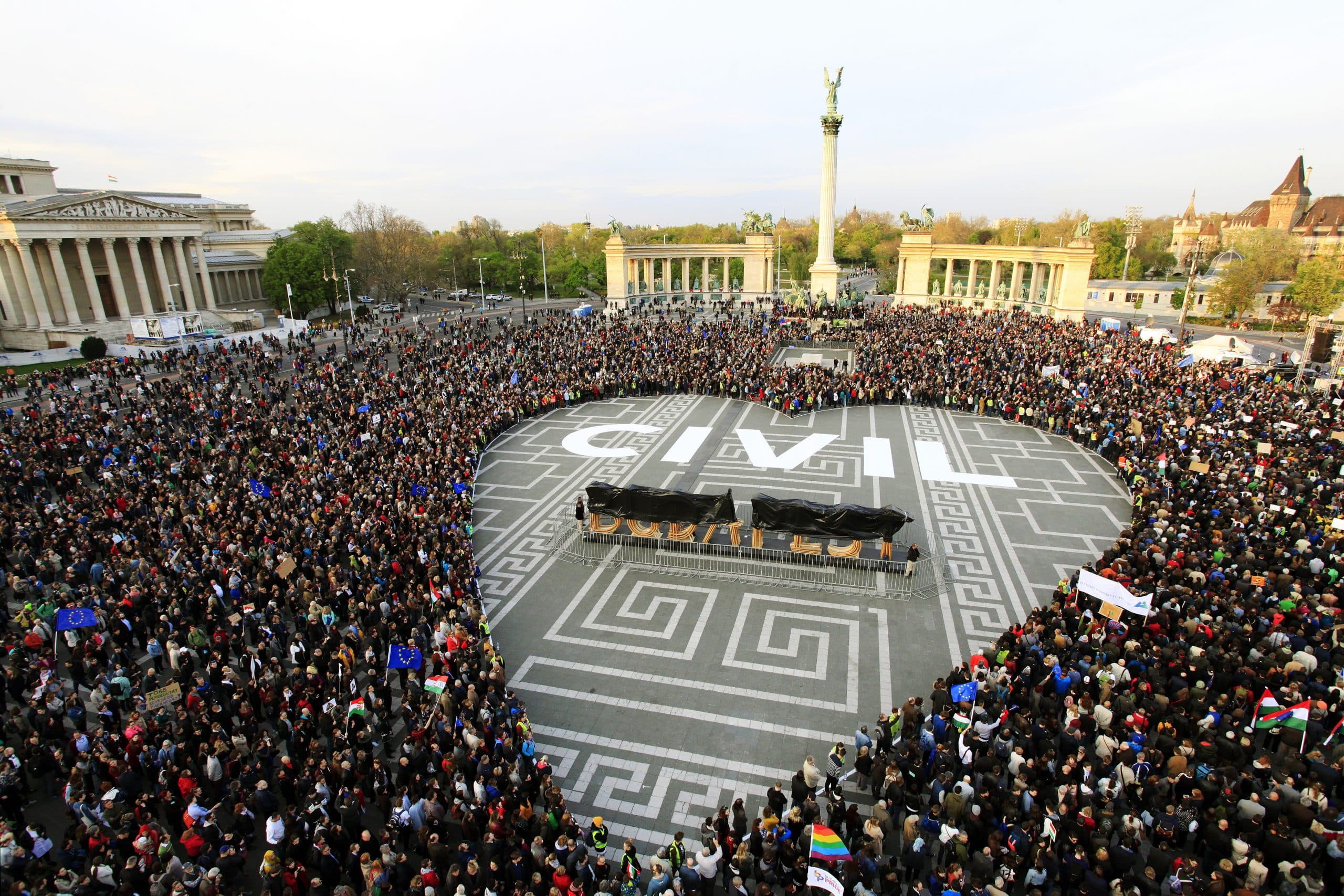 The government claims the aim of the law is to combat money laundering and protect Hungary’s political and economic interests from foreign influence. Existing legislation in Hungary already requires independent organizations to be fully transparent and to publish detailed financial reports each year. As with a similar law adopted in Russia, Human Rights Watch and the Hungarian Helsinki Committee believe that there is little doubt that the goal is to stigmatize independent groups by using the label “foreign funded,” and to interfere with their ability to work freely, including by putting unnecessary burdens on them and threatening them with sanctions.

“The draft law is about silencing critical voices in society, not improving financial transparency or protecting the country,” said Benjamin Ward, deputy director of the Europe and Central Asia division at Human Rights Watch. “Hungary’s government should end its campaign against independent groups and scrap this deeply flawed bill.”

The draft bill T/14967 on the Transparency of Organizations finance from Abroad published on April 7, will require nongovernmental organizations that receive more than €23,000 (7.2 million HUF) in foreign funding to register with a court as “foreign funded organizations.” Organizations would have to identify themselves in all published and online material as “foreign funded organizations;” as well as to provide a detailed account annually on the specific amount and donor, including private donors, for each foreign transaction. Failure to comply with registration would result in court ordered fines. A group that fails to register may ultimately be legally dissolved as a nongovernmental organization, would cease to exist, and could only seek to register again as a new legal entity with a different name.

On June 2, the Venice Commission, the Council of Europe’s constitutional law expert advisory body, published a draft opinion on the law, stating that the law imposes excessive obligations on nongovernmental groups and disproportionate sanctions, even though it pursues a legitimate aim. The opinion describes as excessive the obligation for organizations to declare on all their media products and publications that they receive foreign funding, and the disproportionate sanction of legally dissolving nongovernmental groups if they do not comply.

The Venice Commission also raised concerns about the “virulent campaign by some state authorities” against foreign-funded groups and that some provisions in the bill may be discriminatory. It also said that the Hungarian government should consult with independent groups before passing the bill into law. The Venice Commission is expected to adopt its final opinion during its next session, on June 16 and 17.

On June 8, parliament members of the ruling party Fidesz submitted amendments to the draft purporting to address the concerns of the Venice Commission. The minor changes are cosmetic and do not address main concerns of the Venice Commission. The amendments do not remove the provision to stigmatize organizations as “foreign funded,” nor the risk of an organization being legally dissolved by the courts if it does not register as “foreign funded.” The government also did not express an intention to consult with independent civic groups before the bill is adopted.

The draft bill bears a resemblance to Russia’s problematic “foreign agents law.” enacted in 2012, branding more than 100 organizations as foreign agents, forcing some to discontinue their work and others to face the real risk of being targeted by radical pro-government groups, creating a chilling effect on independent groups. A Russian activist is currently facing criminal charges in Russia over her alleged failure to register her organization as a foreign agent.

The draft bill comes on the heels of the government’s attempts to close down the Central European University (CEU) by having parliament adopt a law in April that specifically targets and endangers CEU’s operations in Hungary.

The draft bill on nongovernmental groups has drawn wide condemnation from the European Union, United Nations, and other international institutions. UN special rapporteurs on the promotion and protection of the right to freedom of opinion and expression, on the rights to freedom of peaceful assembly and association, and on the situation of human rights defenders in early May sent a joint letter to the Hungarian government expressing concerns about the bill.

The Council of Europe Commissioner for Human Rights in April called on the Hungarian parliament to reject the bill. On May 17, the European Parliament passed a ground-breaking resolution calling for Article 7 measures under the EU Treaty because of the serious deterioration of rule of law and democracy, and for Hungary to “repeal laws tightening rules against … non-governmental organisations.” Article 7 allows suspending voting rights if a country’s actions pose a clear risk of a breach of the common values of the EU, or if a member state is in serious breach of those values.

The draft law is the culmination of a years-long government campaign against human rights and transparency organizations receiving funding from the billionaire philanthropist George Soros, including the Hungarian Helsinki Committee, the Hungarian Civil Liberties Union, and Transparency International Hungary. In 2014, groups that received funding from the EEA/Norway grants came under fire by the government and were subjected to government-ordered financial inspections and police raids. Budapest courts later found the police raids unlawful and cleared the organizations of any financial wrongdoing.

In February, Prime Minister Viktor Orban ordered a “national consultation,” consisting of a government-funded questionnaire that was mailed to eight million households in Hungary. The questionnaire includes skewed questions about whether the government should clamp down on foreign-funded nongovernmental organizations operating in Hungary and whether to “punish” international organizations encouraging “illegal immigrants” to commit illegal acts. The deadline for the public to submit questionnaires was May 31.

The disturbing developments in Hungary risk setting a precedent for other EU member states to follow in its footsteps. Similar developments of undercutting the rule of law and shrinking civic space are taking place in Poland. EU institutions should send a clear message that harassing independent organizations contravenes European values and will have serious consequences, the organizations said.

“The Hungarian government’s public statements already stigmatize those who stand up for human rights and fundamental European values as serving foreign interests,” said Marta Pardavi, Hungarian Helsinki Committee co-chair. “The draft law is a further slide down the dangerous path of closing civic space, something that has no place in a European democracy.”