For the fourth year in a row, the Hungarian Helsinki Committee is contributing to the European Commission’s annual Rule of Law Report in coordination with other Hungarian human rights and anti-corruption CSOs.

For the first time, contributors were also invited to assess the measures taken by the Hungarian government to follow-up the recommendations it received in last year’s Rule of Law Report.

The compilation of the contributions of the nine CSOs above on the rule of law in Hungary is available here:
Contributions of Hungarian CSOs to the European Commission’s Rule of Law Report (January 2023) 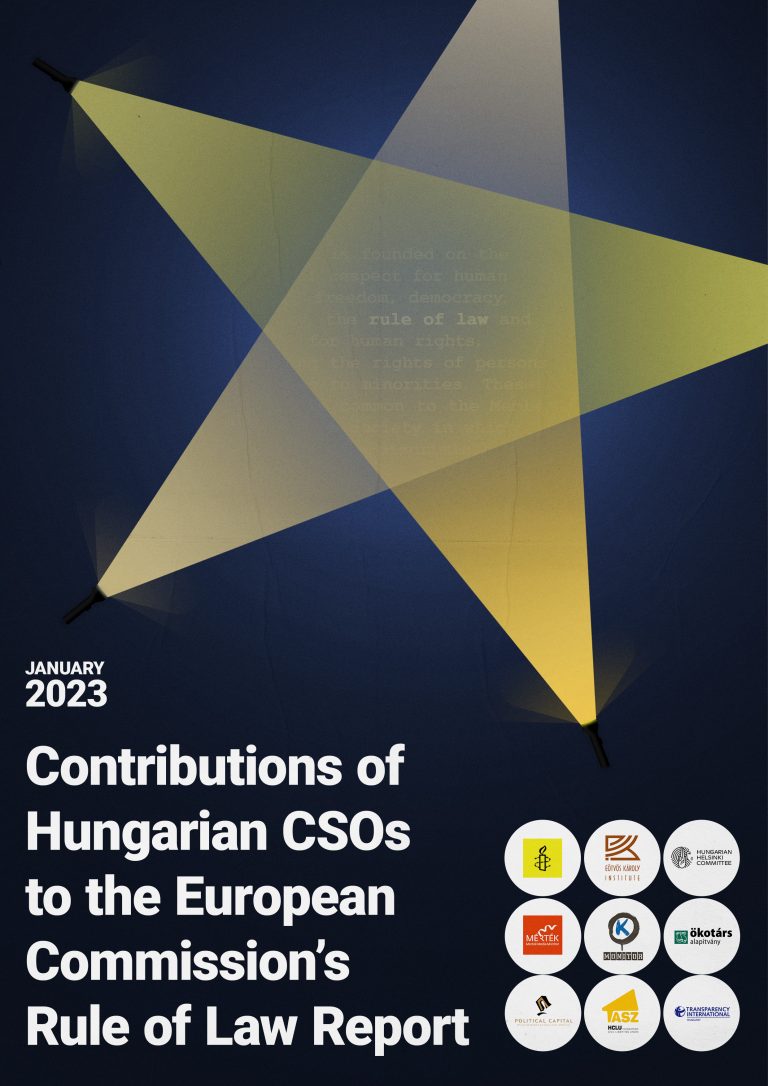