In the early morning hours of 13 May 2020 in the town of Gyula, located in the southeast corner of Hungary, the police raided the home of Mr János Csóka-Szűcs, a local NGO activist.

During the raid, his house was searched, and his laptop and smartphone were confiscated, and he was held-up and brought to the local police department for interrogation as a suspect. 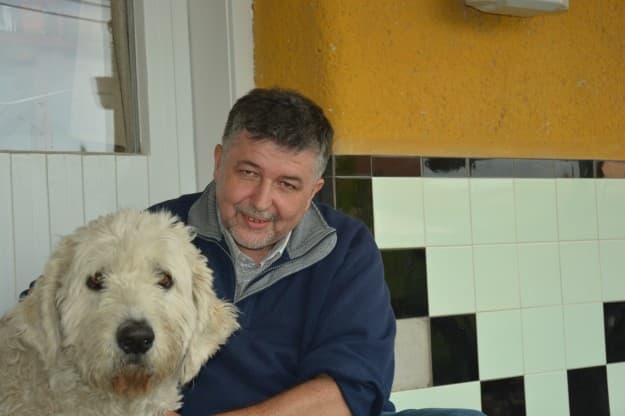 During the interrogation, it was revealed that he is charged with scaremongering as per Section 337 Subsection (1) of the Criminal Code[1] which provision already existed prior to the introduction of the state of danger.

The charge was based on a Facebook-post posted in a closed group, in which he stated that „according to the news, more than 1000 beds will be freed in Gyula citing the pandemic situation, which means sending home dying patients, invalid elders and injured people requiring rehabilitation”.

(Later it was revealed that this post was reported to the police by the mayor of the town.)

Mr Csóka-Szűcs was released after the interrogation, but for the police failed to carry him home despite him being visibly disabled, he had to walk home in his state to his house 3 km from the police department away.

He submitted a complaint against the charges, and within two days, the local prosecutor office brought a decision stating that he cannot be held as a suspect because he did not commit any crime. The decision explained that Mr Csóka-Szűcs did not state false facts, and he did not announce the seat a place of public danger (for the state of danger legally is not equal to a place of public danger, the latter must be a place designated in space and time, and is usually connected to natural disasters). The prosecutor’s office also analyzed the special form of scaremongering introduced with the state of danger (Section 337 Subsection (2) of the Criminal Code[2]) and found that Mr Csóka-Szűcs cannot be held charged based on those provisions either.

Subsequently, Mr Csóka-Szűcs was given back his confiscated items, and the entire criminal was terminated citing the lack of a criminal offence.

In the meantime, he submitted a complaint against the conduct of the police, complaining that this holding-up and bringing to the police department was unnecessary (he could have been just summoned for an interrogation), that the raid was unnecessarily conducted in the early morning hours, that he provided the passwords for his laptop and smartphone without being warned in advance that he as a suspect is not obliged to provide those, and that the police failed to provide him help in getting back home despite his disability.

[1] Any conduct of uttering or publishing before the public at large a statement in connection with collective danger one knows to be false or with a reckless disregard for its truth or falsity at the scene of some emergency by which to violate public order or disturb the public peace at a place of public danger is guilt of a felony punishable by imprisonment not exceeding three years.

[2] Any conduct of uttering or publishing a statement one knows to be false or with a reckless disregard for its truth or falsity at times of special legal order with intent to obstruct or prevent the effectiveness of protective measures shall be construed a felony offence, and it shall be punishable by imprisonment between one to five years.