Last week a desperate “ping-pong game” between the Hungarian asylum authority and a court in Pécs, Hungary came to an end on behalf of a man who suffered so much over years. Alexei Torubarov, who was politically persecuted by the Putin regime, has been recognised as a refugee. The lawsuit of the Hungarian Helsinki Committee’s client also reached the Court of Justice of the European Union (CJEU) which rendered its judgment applicable in all member states of the European Union: the court has the right to grant protection if in a previous appeals procedure the asylum authority ignored the court’s decision. With this recent judgment in Pécs, a domestic court first applied the CJEU’s ruling. Torubarov’s victory now gives hope to many other asylum seekers who are being arbitrarily denied asylum. 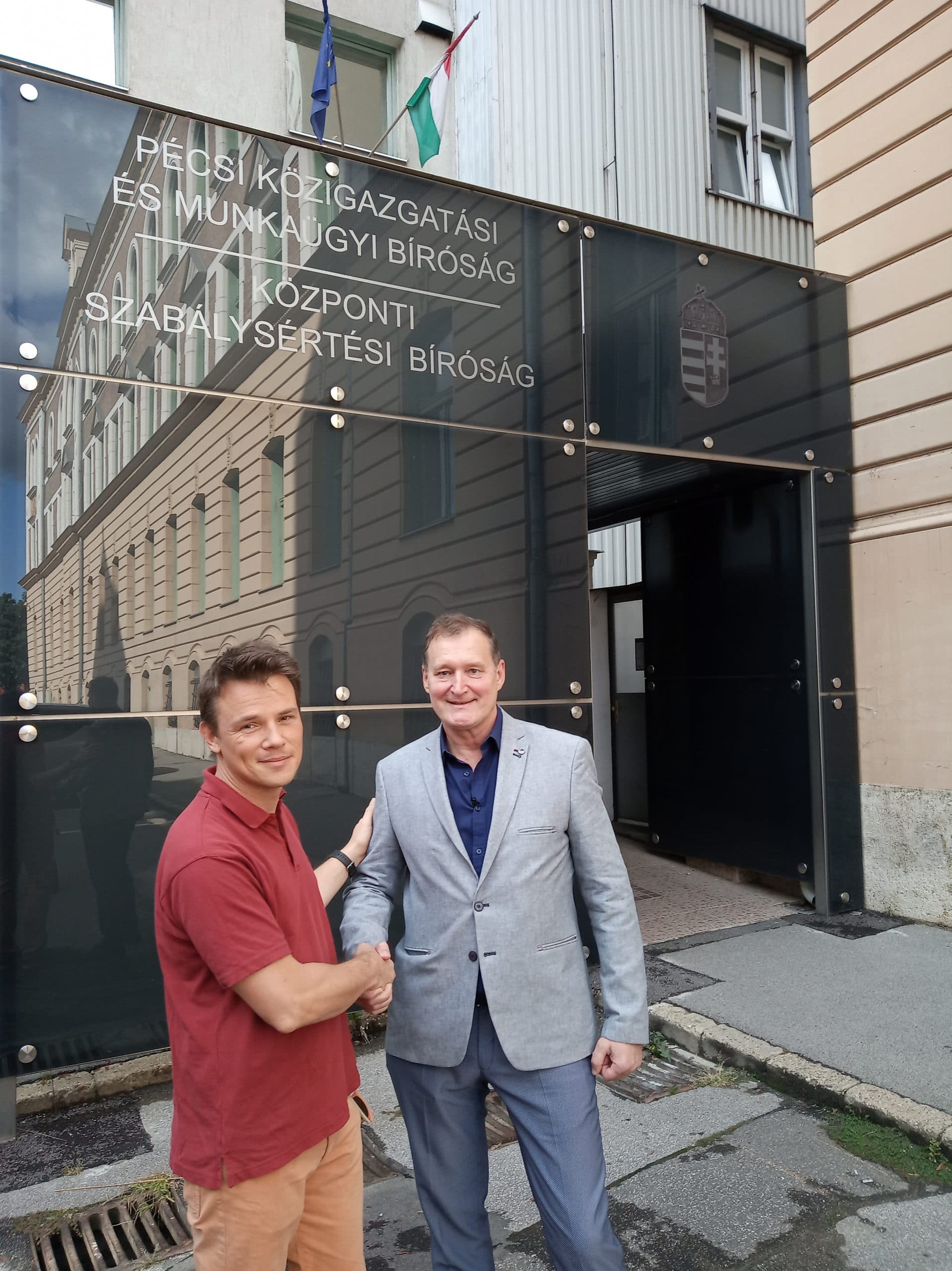 The case of Alexei Torubarov is long and complicated. He was originally a teacher, became a businessman after capitalism arrived to Russia. After he was threatened by criminal groups, and wanted to take steps against corruption and local mafia, he joined Boris Nemtsov’s Pravoye Delo (Right Cause) party. Investigations, unlawful trials, illegal arrests and jails in Austria and the Czech Republic, and systematic and continuous persecution for his political views followed.  After three years of carousel, in 2013 he decided to flee to Hungary seeking political asylum.

Despite all obvious evidence he did not receive asylum from the Hungarian asylum authority. He appealed against the rejection, the court ruled in his favour, but the authorities again rejected him. In 2015 the two-third government majority deprived the courts of the decades-long practice to grant protection themselves.  For four years they only had the right to state if the authorities had made an unlawful decision, but they could not change it. As a consequence the asylum authority could even literally make the same negative decisions, which were once again challenged by the applicants and repeatedly found to be unlawful by the courts, but the situation of the applicant was not resolved at all. These inconclusive and unproductive “ping pong games” were played for years by the asylum authority.

Torubarov, who has been living in Hungary since December 2013, happened to go through these games many times. Seeing his endless case, a judge from the Pécs Administrative and Labor Court became tired of the authority’s defiance for a third time and, following the suggestion of the Hungarian Helsinki Committee, turned to the CJEU in September 2017. He asked whether the legislation since 2015, which deprived the courts of the substantive decision on granting asylum, complied with EU law.

This year in July the CJEU ruled that if the asylum authority – ignoring the court’s ruling – makes the same decision as before without adding new, factual information, the court would have to disregard the restrictive domestic legislation, and grant the asylum by itself. Thus, the asylum authority can no longer override rulings for years on end.

This meant in Torubarov’s case that last week the Pécs court had one thing to do: it states that a Russian man persecuted in his country is granted protection in Hungary. This is exactly what happened: the client of the Hungarian Helsinki Committee was recognised as a refugee after six years. The judgment also took into account that the Russian man was attacked by a hired, professional murderer in Austria and that he was illegally returned from the Czech Republic to Russia.

“We are all very pleased that Alexei has finally been granted asylum. This should have happened at the very first time. Because who else is a refugee if not him who had the courage to say no to the powers that want to rob him, and to step up against those who then imprisoned, plundered and expelled him. He had to endure a lot of things here, living under extreme pressure for the last six years, ”said Tamás Fazekas, attorney of  the Hungarian Helsinki Committee after the judgment in Pécs.

Our victory along with the ruling of the Court of Justice of the European Union and the Torubarov judgment also gives hope to other refugees who are arbitrarily deprived of international protection. It gives hope to those whose case and judicial review has been suspended until finally the courts have the right again to substantively correct the bad decisions of the asylum authority. It is now a completed fact: yes, in some circumstances this is their duty.