On the reception of Ukrainian refugees in Hungary

The concept of ‘welcoming refugees’ was not part of official Hungarian policies during the past decade, rather the opposite. The Hungarian government did all it could to destroy Hungary’s functioning asylum system and implant the idea in people’s heads that those fleeing war and terror are to be feared. They invested heavily in hate-propaganda using all media channels, and by 2020 practically shut the country’s doors before asylum-seekers.

Despite all these efforts, when people started fleeing the war in Ukraine after 24 February, Hungary showed a different face. A warm welcome with hundreds of volunteers rushing to the border with home-made sandwiches and quickly gathered chocolate bars to offer for those arriving. 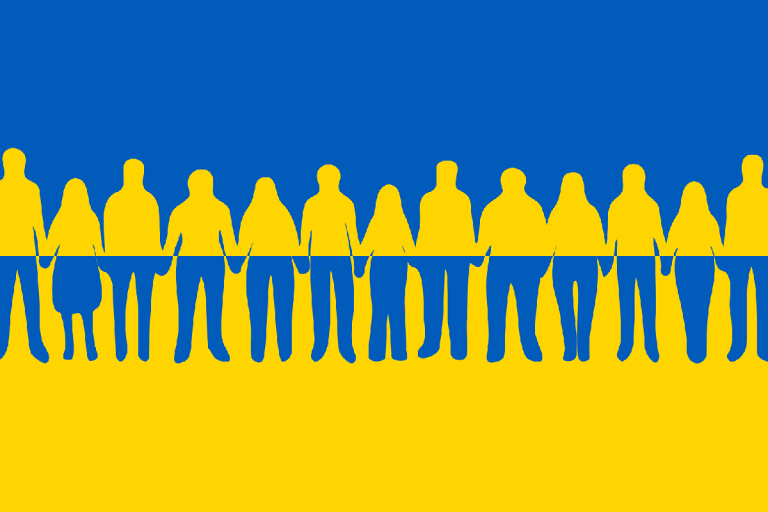 The government can be praised for quickly opening Hungary’s border with Ukraine to anyone fleeing the war and its decision to grant temporary protection for Ukrainians. However, little else was offered during the first few weeks after the war broke out. Similarly to 2015, volunteers, faith-based organisations and civil society actors stepped in and organised the welcome and basic services for the hundreds of thousands of people who had to leave their homes and lives behind overnight.

For us at the Hungarian Helsinki Committee, engaged in protecting the rights of refugees for several decades it was amazing to see how many people mobilised and wanted to help. Solidarity was everywhere. Despite all the expensive, government sponsored hate-mongering, citizens offered help from all over the country. Volunteer groups sprang up or were revitalised, roles were distributed within seconds: arrivals were welcomed at the border, at Budapest railway stations, and then transported to housing offered by everyday citizens. Donations of food and hygiene products were collected and distributed, children got baby-prams and toys. Soon, the whole system of humanitarian assistance was organised, all by volunteers, some of whom had already gathered important experiences in 2015. It was moving to see how even the most complicated-looking requests were fulfilled within a short time.

One of the volunteer groups rented a shelter in Budapest and offered temporary accommodation, while municipalities along the Ukrainian-Hungarian border made their meagre resources available and provided shelter for those having to flee the war. The Hungarian government’s presence was only felt in the funding provided to charity organisations, who set up Helping Points along the border to provide humanitarian assistance, organise transport and accommodation if needed.

Information was and still is a scarce resource. This is what the immigration authority should provide for anyone arriving. This is vital so that understanding their situation, refugees can make an informed decision about their next steps. Since the war broke out, we at the Hungarian Helsinki Committee have been trying to help people with legal counseling at various shelters and Helping Points along the border five days a week and by answering numerous phone calls, emails, messages to provide this missing piece: information.

After four weeks into the war, the government started to take a role in coordinating the multiple actors providing humanitarian assistance. Coordination was indeed much needed, but unfortunately the governmental efforts came with centralising assistance and limiting access to the places where first response is provided. As a result, many volunteers lost the opportunity to connect and give. However, the energy and the good-will that was mobilised in the first few weeks will surely stay with everyone involved. This effort has shown that Hungary does have a different face, one where solidarity prevails.