The Hungarian Constitutional Court has been packed with judges supportive of the governing majority’s agenda. Through appointing new judges, amending rules and increasing the size of the court, the ruling Fidesz government has succeeded in shaping the Constitutional Court into a loyal body, as opposed to the independent and genuine counterbalance to government power it should represent.

The Eötvös Károly Institute, the Hungarian Helsinki Committee and the Hungarian Civil Liberties Union studied 23 high-profile cases, 10 of which were decided before Fidesz-appointed judges constituted a majority, and 13 after. While rulings in all 10 cases decided before the judges selected by the current government formed a majority had been contrary to the interests of the government, as soon as the ‘one-party’ judges represented the majority, the imbalance became apparent: in 10 out of 13 cases the ruling favored the government’s interests.

Some judges were found to have voted in support of the government in 100 percent of cases. Judges Egon Dienes-Oehm, Béla Pokol and Mária Szívós almost always decided in favor of the supposed interests of the government even before the new judges came to form a majority.

As a consequence of all this, 11 of the 15 judges have been confirmed to the court by the Fidesz-KDNP (Christian Democratic People’s Party) majority without any negotiations with the opposition.

Apart from the results discussed above, the study contains profiles of the individual judges, assessing their opinions on the judicial process and its relationship to democracy, elections, democratic debates, the separation of powers, and the safeguards of independence. The analyses present in detail the features of decision making characteristic of each judge. Summary tables also support the better understanding of the cases under examination and the judicial practice of judges.

An executive summary of the study is available here in English. 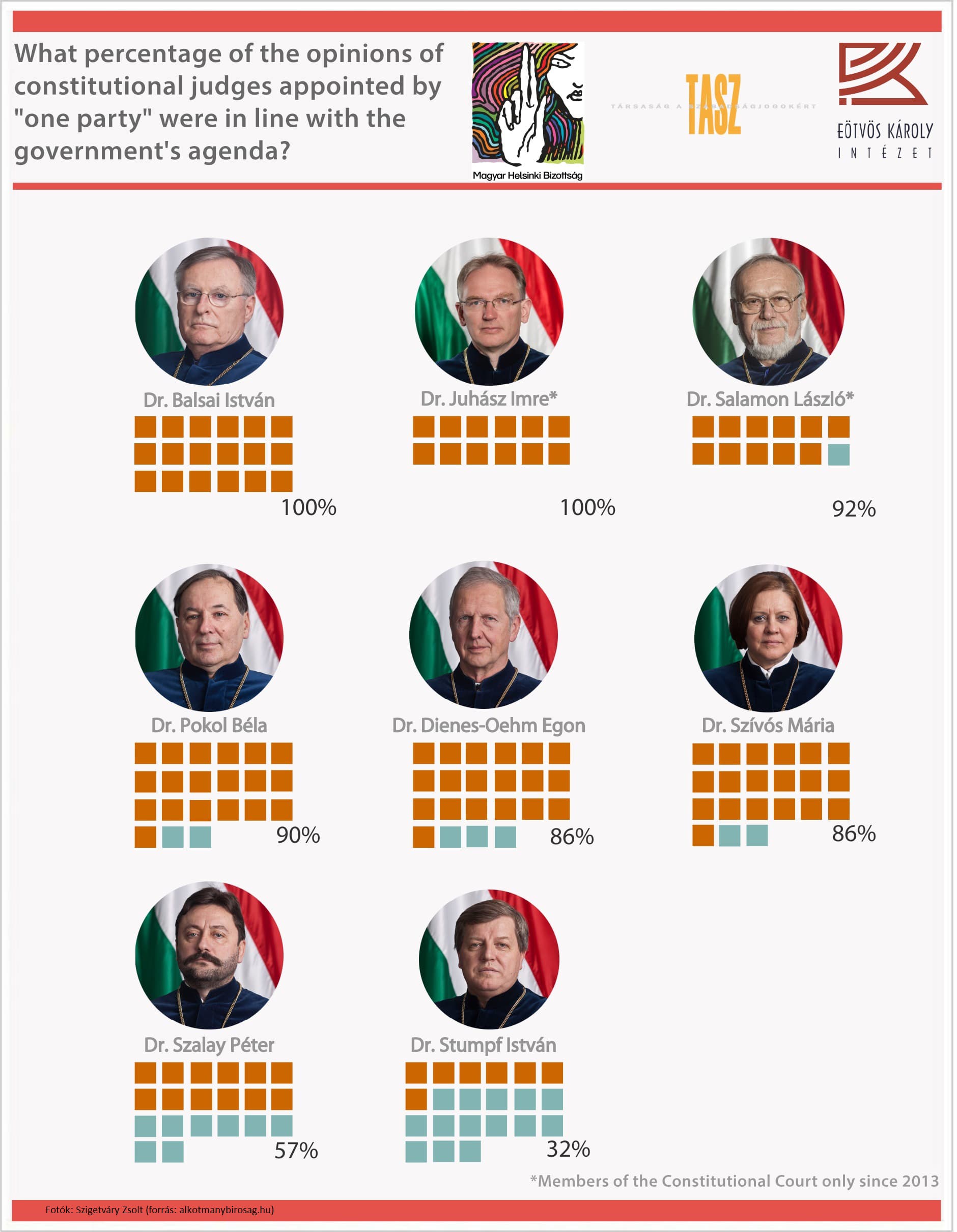